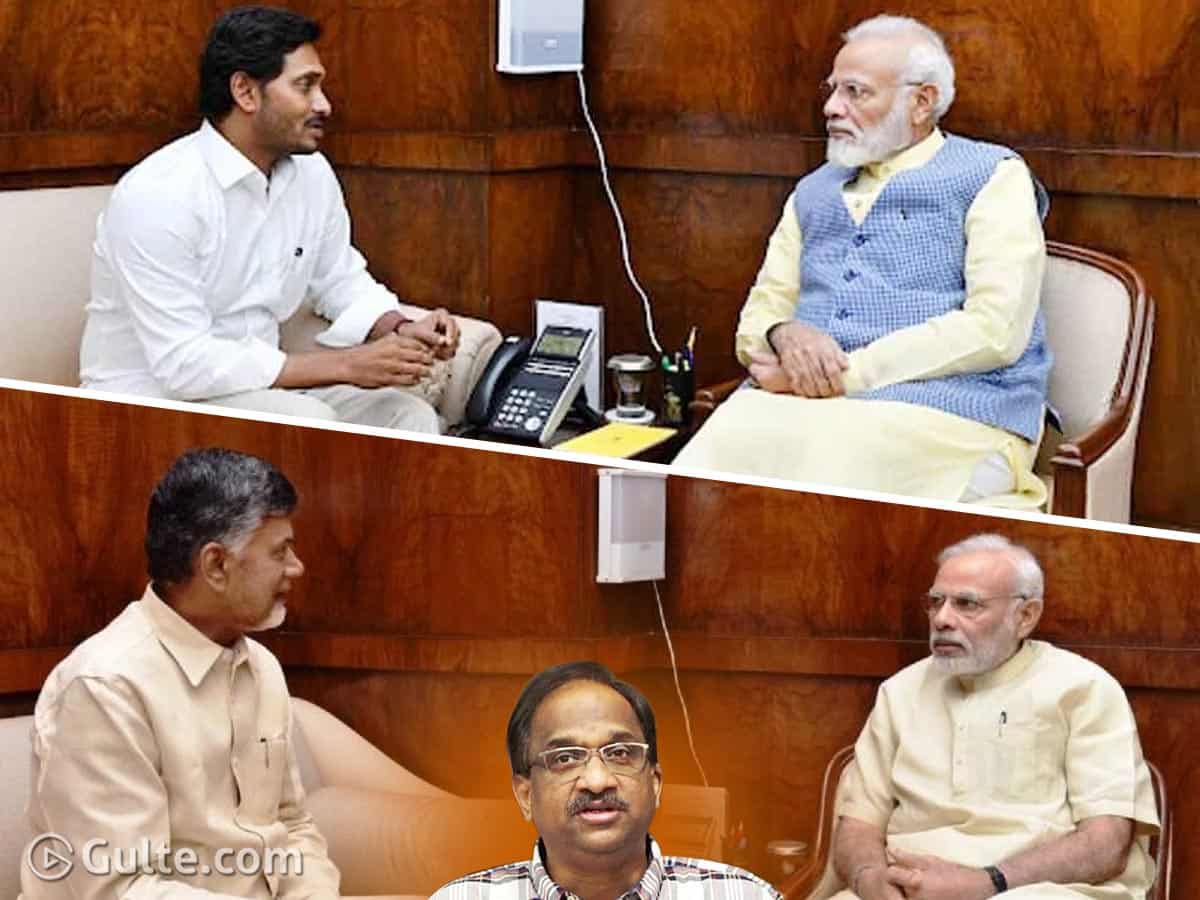 The BJP led central government is reneging on its commitments made to Andhra Pradesh both in the law and the house one after the other. The special category status has become a closed chapter. Several provisions of the Andhra Pradesh state bifurcation act like the port, steel plant, etc., either remain unfulfilled or moving at a snail’s pace.

Some like railway zone were implemented in a truncated manner. The latest in the list is the Polavaram. Despite committing itself to the Polavaram as the national project in the bifurcation act, the centre now disowns the cost towards land acquisition, rehabilitation, and resettlement imperilling the completion of the much coveted project.
Even as centre is unabashedly betraying the interest of beleaguered state of Andhra Pradesh, the warring regional parties in the state are caught in an internecine political battle rather than joining forces to ensure justice for the state.

The prime reason for this is that the state polity is vertically polarised between two personalities, two castes and two parties. Both the ruling YSR Congress and the opposition TDP are keen on stabbing each other than unitedly exerting pressure on the central government.

Both the YSRCP and the TDP are eager to ally with the centre for their reasons. The TDP rethinks that its strategy of turning hostile to Modi has politically boomeranged. Therefore, Chandrababu Naidu feels that it is rather unsafe for the party in opposition to pick up a quarrel with YS Jagan and Modi simultaneously. Thus, Chandrababu Naidu is not averse to the idea of mending fences with Modi, especially when YS Jagan has launched an all-out attack on TDP.

The BJP led NDA regime at the centre has the dubious distinction of using central agencies like CBI, ED, etc. for political purposes. Thus, YS Jagan, who himself faces a score of corruption charges, is over-cautious in dealing with the central government, given the experience of Lalu Prasad Yadav in the north to Sasikala in the south.

The Jana Sena chief Pawan Kalyan who plunged into the fray with a slogan of critical adversarial politics, has found comfort in the company of saffron party. Congress is too feeble to raise any voice of protest. Thus, the politics of Andhra Pradesh have orphaned the state, with the central government having a field day in denying what is due for the state.