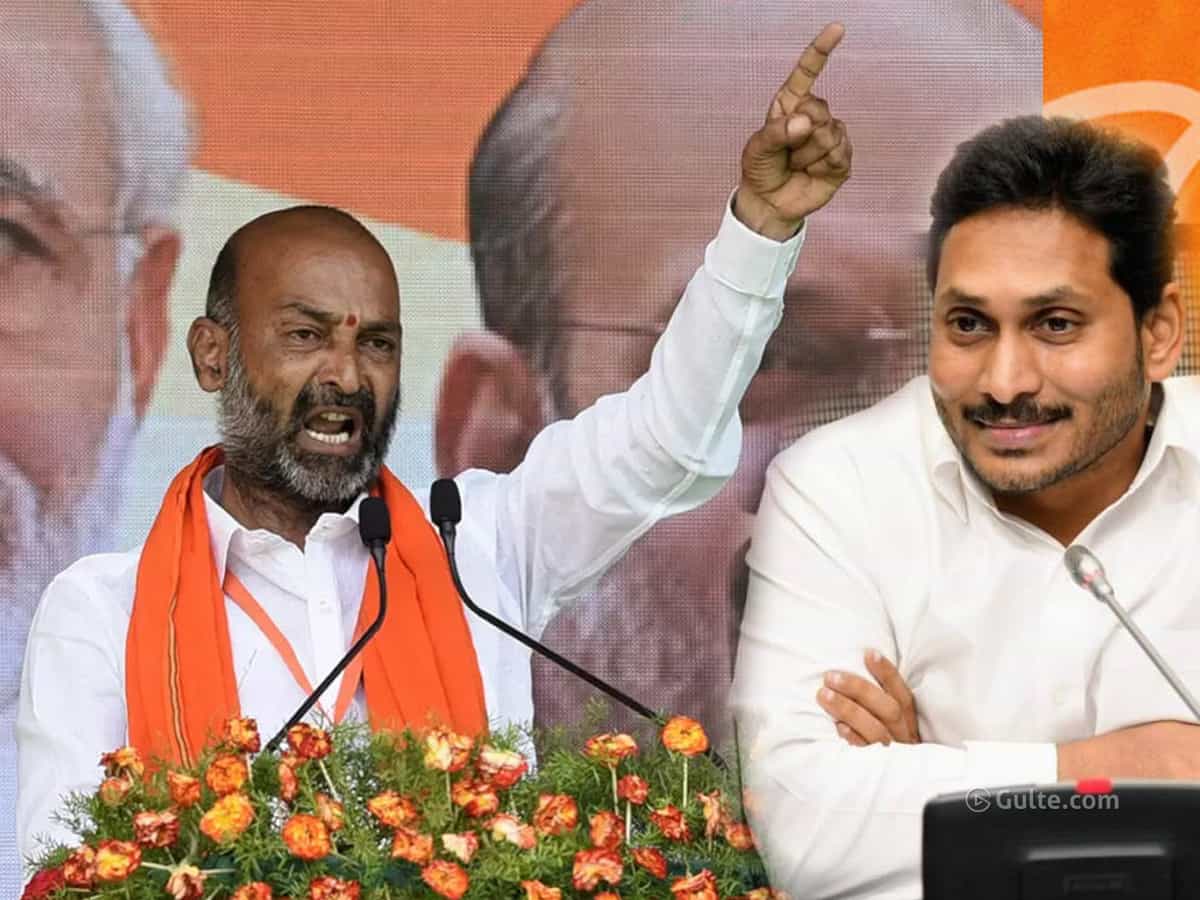 The series of attacks on Hindu Temples and Gods in Andhra Pradesh has caught the national attention. While the Centre is closely observing the issue and gathering the information, Telangana BJP’s firebrand leader Bandi Sanjay has intensified his attack on ruling YSRCP in Andhra Pradesh.

Coming down heavily on YSRCP, Bandi Sanjay called YSRCP as “Bible Party”. He went onto state that a religion is ruling the state. Sanjay cautioned CM Jagan to not consider the patience of the people and BJP party workers as “fear”. He said the YSRCP party will pay a huge price for its mistakes. Sanjay questioned why CM Jagan is not responding over the attacks on Hindu Gods in the state.

Responding to Bandi Sanjay’s sharp comments, YSRCP leader Ambati Rambabu said, “Yes ours is Bible Party, Quran Party and Bhagavad Gita Party. Your conspiracy won’t work. Investigation is going on. Those who do religious politics will be taught a lesson.”

However, Bandi Sanjay’s remarks stood out. YSRCP netas are worried over this unprecedented attack from the Telangana BJP. Political analysts opine that Sanjay seems to be better in terms of attacking Jagan and AP government than AP BJP chief Somu Veerraju. Telangana BJP, which is hot under the heels of victory in Dubbak by-election and strong show in the GHMC polls, is serious on attacking issues. Sanjay’s leadership is commendable and he is winning appreciation from several corners. Somu Veerraju needs to pick it up from Sanjay and needs to corner the ruling government in the state.