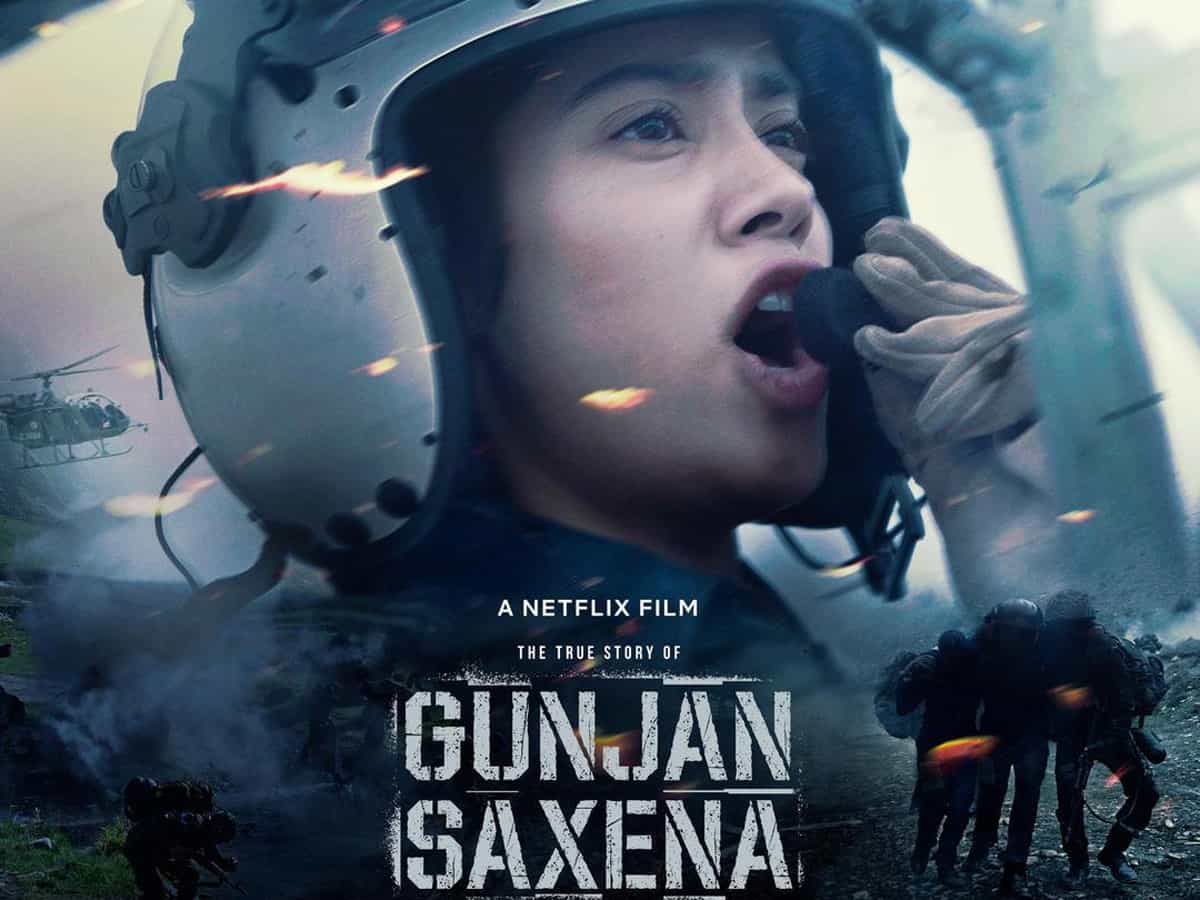 Janhvi Kapoor, who is just one film old, is all set to entertain the audience with her next awaited flick, Gunjan Saxena- The Kargil girl. The posters earlier have left fans fascinated and are now thrilled to watch it. The trailer, which got released today, featured the real Gunjan Saxena’s photographs with a voice-over by Janhvi Kapoor.

Now, due to lockdown, this film will also have a direct release on a streaming platform like a few other films. It is a biopic on one of the first two Indian women pilots, Gunjan Saxena, in a combat zone and the storyline is definitely intriguing us with Janhvi playing the titular role. Flight Lieutenant Gunjan Saxena and Flight Lieutenant Srividya Rajan operated in the Kargil war zone in 1999, flying Cheetah helicopters. The film will release on Netflix and the date hasn’t been unveiled yet.

Producer Karan Johar revealed on behalf of Dharma Productions that the film will release on Netflix. “Gunjan Saxena is a defining film based on a true story about a woman who showed unparalleled courage, and inspiration to many in the coming years. We are excited to partner with Netflix and share this fearless story about following your heart and your dreams with millions around the world.”

Many Bollywood projects have been decided to release on OTT platforms rather than in cinemas during the pandemic and Gunjan Saxena’s makers are pretty confident that the film, no matter the release platform, will touch millions of hearts. “Her inspirational journey made history. This is her story. Gunjan Saxena: The Kargil Girl, coming soon on Netflix,” wrote Karan Johar on Instagram. In another post, Karan also shared the poster of the film with the caption “coming soon – Netflix.”.