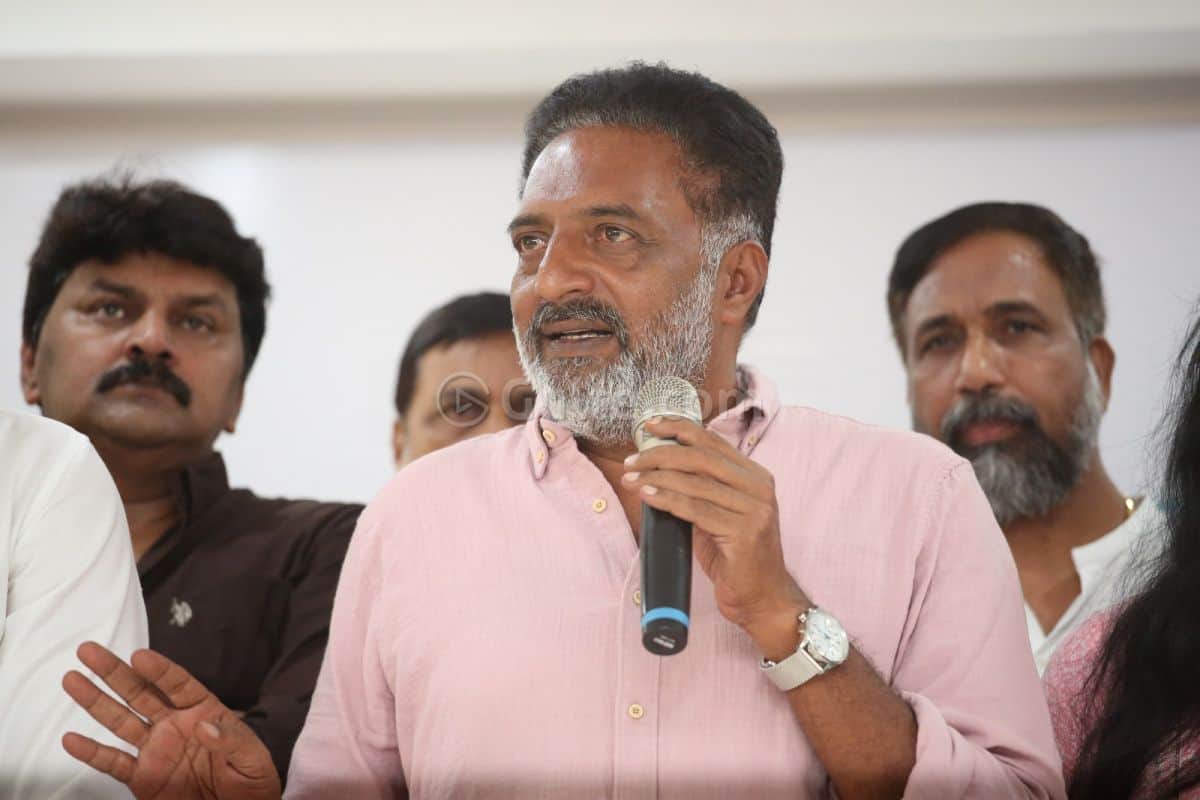 The Jubilee Hills Police entered the scene and seized the complete CCTV footage of polling day. Later the police permitted actor Prakash Raj to monitor the footage at Jubilee Hills Public school where the election was held. Prakash Raj was accompanied by actors Srikanth, Tanish and others.

Before entering the school, Prakash Raj talked to the media and added that his panel members will decide their future course after watching the CCTV footage. He also reacted to Manchu Vishnu’s comments that he hasn’t received the resignation letters of members who are elected from Prakash Raj panel.

Prakash Raj added that very soon all the elected members from his panel will send their resignation letters to newly elected President Vishnu.

Post watching the footage, Prakash Raj added that our problem is with the election officer who is Krishna Mohan. “It was Krishna Mohan who asked us to approach the court when asked for the CCTV footage. But I thank Manchu Vishnu for allowing us to watch the footage,” said Prakash Raj.

Adding, he said, “We have to monitor visuals from seven cameras placed by the EC. We are searching for things that we have our doubts about the whole polling thing. I will make a full comment after watching them and it will take a week’s time.”