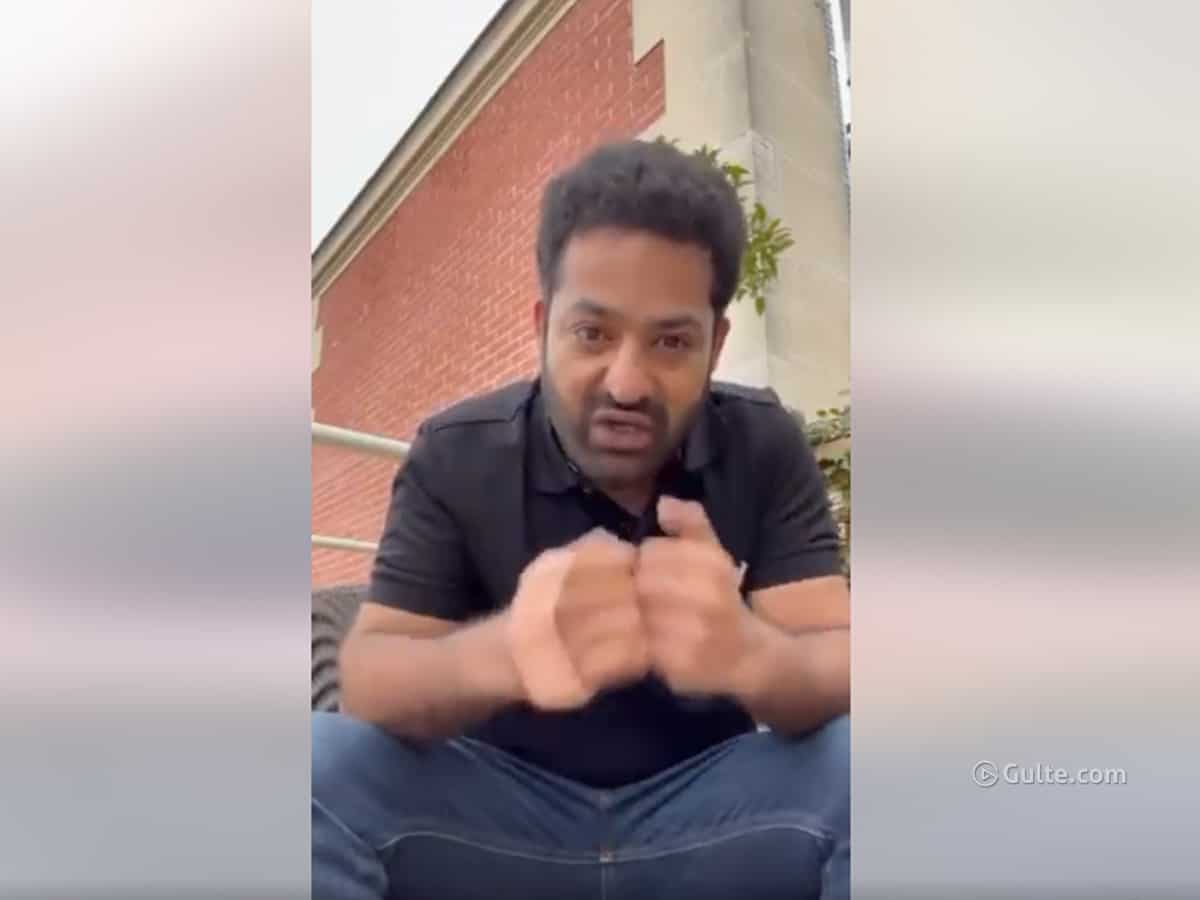 Jr NTR is being targeted often these days. Every move of him is being judged and criticised by a section. This targeted criticism has reached its crescendo. Whenever Tarak stays out of politics and stays silent about political developments, he is faulted for ‘non responsive’ behaviour. Whenever he responds on any particular issue and expresses his stand on the issue, he would be targeted again for his stand. This trend has especially picked up a lot on social media. Several anti-fans are targeting Tarak politically.

Even in the recent issue of Nara Bhuvaneswari and Chandrababu Naidu that reportedly took place in AP Assembly, until NTR spoke on the issue, a section has targeted him on social media platforms. As soon as he responded to it and extended his support for Bhuvaneswari and said women should be respected, he was again targeted by the opposite section.

NTR has long back made his political stand very loud and clear. He said that he would die as a TDP supporter as the party was founded by his grandfather and much-respected Sr NTR. Every now and then, NTR is being dragged into political issues. He is getting caught between the ruling YSRCP vs opposition TDP’s war of words. Since Jr NTR’s close friends Kodali Nani and Vallabhaneni Vamsi, who were earlier TDP leaders and film producers, have now jumped to YSRCP. This had created some confusion over Jr NTR’s political support. Even after all these, Jr NTR clarified that he would only support TDP and the political decisions of Nani and Vamsi have nothing to do with him or his own political ideology – TDP.

Many neutral people are feeling that Jr NTR is being targeted wantedly, which is not correct. More than a politician, Jr NTR is an actor. Whenever his party needed his support, he would campaign for the party. Besides that, he is quite busy with his films and TV shows where his plate is full. Tarak also recently commented about his full-fledged political entry that it is not soon and it would take time. He is clear that he wants to do more films and entertain more audiences before stepping into politics. But unfortunately, Tarak became a soft target for the fans of political parties.