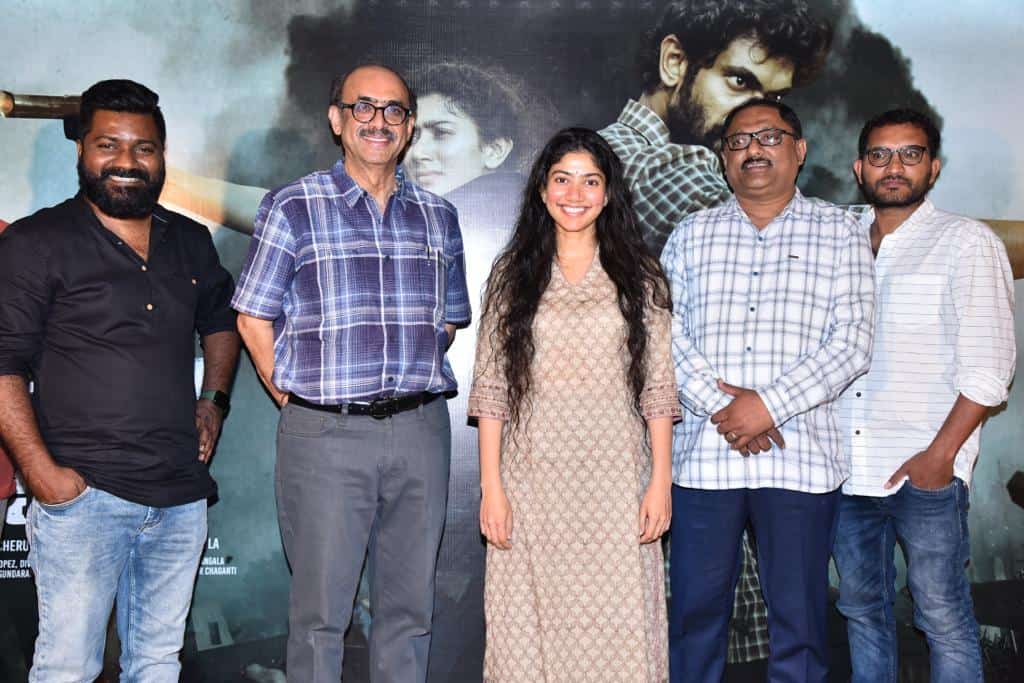 There’s lots of debate in social media about the film Virata Parvam starring Rana and Sai Pallavi. Even before the release of the movie, many expressed their views on the death of Sarala (the name changed to Vennela in the movie). Post the film’s release, he was also attended by Sarala’s brother Mohan Rao.

Suresh Babu revealed that it’s first film under Suresh Productions on a real-life character. “Venu narrated the story very well and Sai Pallavi acted it beautifully. It’s very satisfying for me, as a producer. Though the movie has naxal backdrop, it’s a love story told authentically. If Sai Pallavi was not there, this movie wouldn’t have happened. If Sai Pallavi is not there, Rana too wouldn’t have done it.”

Sarala’s brother Mohan Rao said, “The incident took place nearly 30 years ago. I didn’t expect that a big production house like Suresh Productions would come forward to make the film. When director Venu approached me, I initially had apprehensions on how he would show my sister. But we’re convinced with the story. We were very happy to know that Rana and Sai Pallavi were part of the movie. A reporter asked me that the climax was not real. I asked him whether he saw the incident. We too didn’t know about it. Venu worked on the story for 4 years. He has more knowledge than me on the subject. What I understood through this film is my sister loved revolution. We hated Shankaranna who’s behind the murder of my sister. However, the movie showed love story between them.”

Sai Pallavi said, “Even I won’t have accepted, if someone approached me to make a film on my family member, as we like to have privacy. But they accepted it. The treated me as their family member. It was an emotional moment for me as well. I didn’t meet them before. But I thought I would’ve met them earlier. I told them that these kinds of people reborn and make much bigger things. I learnt a lot from Suresh Babu and Rana. You’ll like Virata Parvam more on second watch. Rana is also very proud of the movie.”