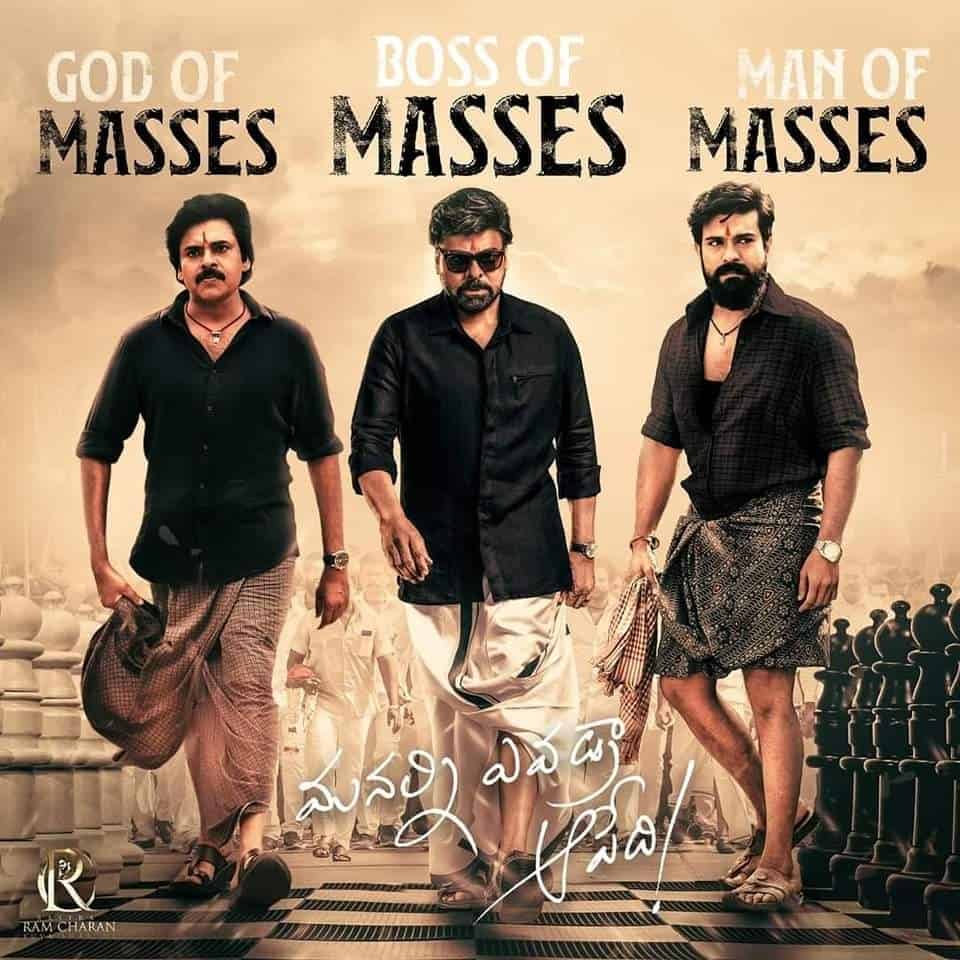 Megastar Chiranjeevi, Powerstar Pawan Kalyan and Mega Powerstar Ram Charan are three actors who enjoy a huge fan base, especially in the masses. An interesting picture is currently going viral on social media. All the three mega heroes sported a mass getup, in a black shirt and white lungi.

Pawan Kalyan’s still from Bheemla Nayak, Chiranjeevi’s still from Godfather and Ram Charan’s still from Rangasthalam are combined in the picture. The picture instantly gives the craving to the Mega fans for a Mega multistarrer.

This fan made picture is goosebumps guaranteed.