The Full Story Of Rana’s Ill Health, Recovery, And The Deep Emotions 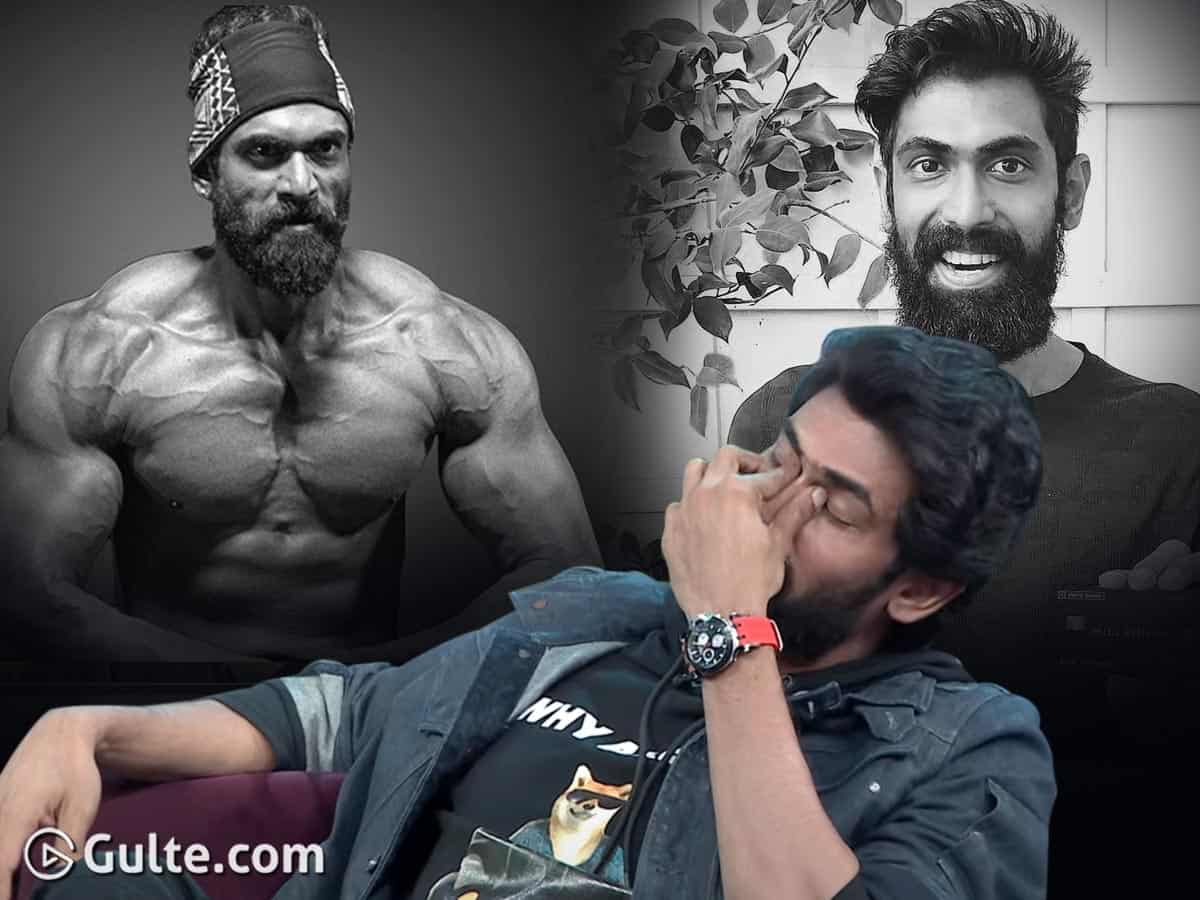 A lot of speculations emerged months back about Rana Daggubati’s ill health. Though Suresh Babu rubbished the rumors earlier, Rana finally decided to speak it out and revealed the facts in detail.

Rana joined Samantha’s Sam Jam as a guest and after a little of usual chit-chat, Samantha asked him about what really happened to him. We have watched the Sam Jam teaser with Rana’s revelations, the hunk hero gave out how it all happened. Rana’s friend and film director Nag Ashwin too joined the show.

Rana started it with the words, “When my life was in the fast forward mode, this came as a pause button,”.

Rana was busy with Aranya shooting and he had to get a 15-day break for his eye surgery. When he visited a doctor for the same, the latter got his own doubts and suspected something wrong with Rana’s health. Though the doctor could not diagnose what really was happening, Rana was asked to have more tests.

The Daggubati hero was asked to consult specialty doctors due to his high blood pressure. His visit to the US followed while his dad Suresh Babu accompanied him there. The doctors in the US have made him go through more tests to finally diagnose his born-hypertension. The doctors concluded that the hypertension is double the normal rate and due to that his kidneys were damaged and calcification formed around the heart. If not diagnosed at that time, Rana could have suffered a heart stroke or a hemorrhage that could have caused death within six months or a year.

Samantha recalls how strong Rana was when everybody in the family turned quiet and crumbled within after learning what really was happening.

Rana said the picture of himself in a willowy structure after losing a lot of weight is from the same visit in the US, and at the Universal Studios. Rana said he got bored in hospital and visited the Universal studios with a friend. The picture shocked all while many speculated about his health and many others called it his look transformation for his new movie.

Rana had to stop eating much food, consume almost no salt, no alcohol or smoking. The actor had to shed more and more kilos due to the new forced diet.

When asked about what gave him the inspiration to fight back, Rana said his mother and sister were his strength and courage during that tough times. Other than the family that stood by him, Rana said he did draw great inspiration from movies. Particularly, the Marvel hero Thanos.

Apart from Rana’s revelations, the video bytes from his friends left the show watchers teary-eyed, including Rana. Navadeep said he was shocked to learn about what Rana is facing with and did not know how to react. But he said Rana was so strong and he got along as nothing happened. One thing Navadeep mentioned about Rana is that how the actor felt fortunate about changing his lifestyle.

Samantha reminds Rana how Rana’s sister called her before flying to the US for Rana’s operation and asked her to tell her that everything’s going to be okay.

How It Changed His Life

Rana laughed off saying how Allu Bobby reacted when he first saw Rana in his extremely slim look. Bobby said Rana looked like he is 21-year-old and Rana too said he wants to start it all like he is 21. Naga Chaitanya too spoke about how shocked he was hearing about it and how Rana fought it back.

Other friends and Business partners of Rana praised him for changing his lifestyle and getting back to normal and stronger. One said he used to party hard and now he is working hard, while the other said he used to sleep at 6 am and now he wakes up at that time.

The whole revelation from Rana himself tells us how determined he is and how well he handled the situation with his ‘game plan’ right from what he felt in the hospital bed during the initial tests. Rana even made a video of what he has gone through and how he is going back to become the old Bhallaladeva he was.

Rana said he searched for hope on the internet, precisely for any person in the whole world who has got everything back after undergoing surgery in their life. Now, that he is back and even got married recently after all the major chaos in his life, Rana is a true inspiration for all of us. Kudos to Thanos!!