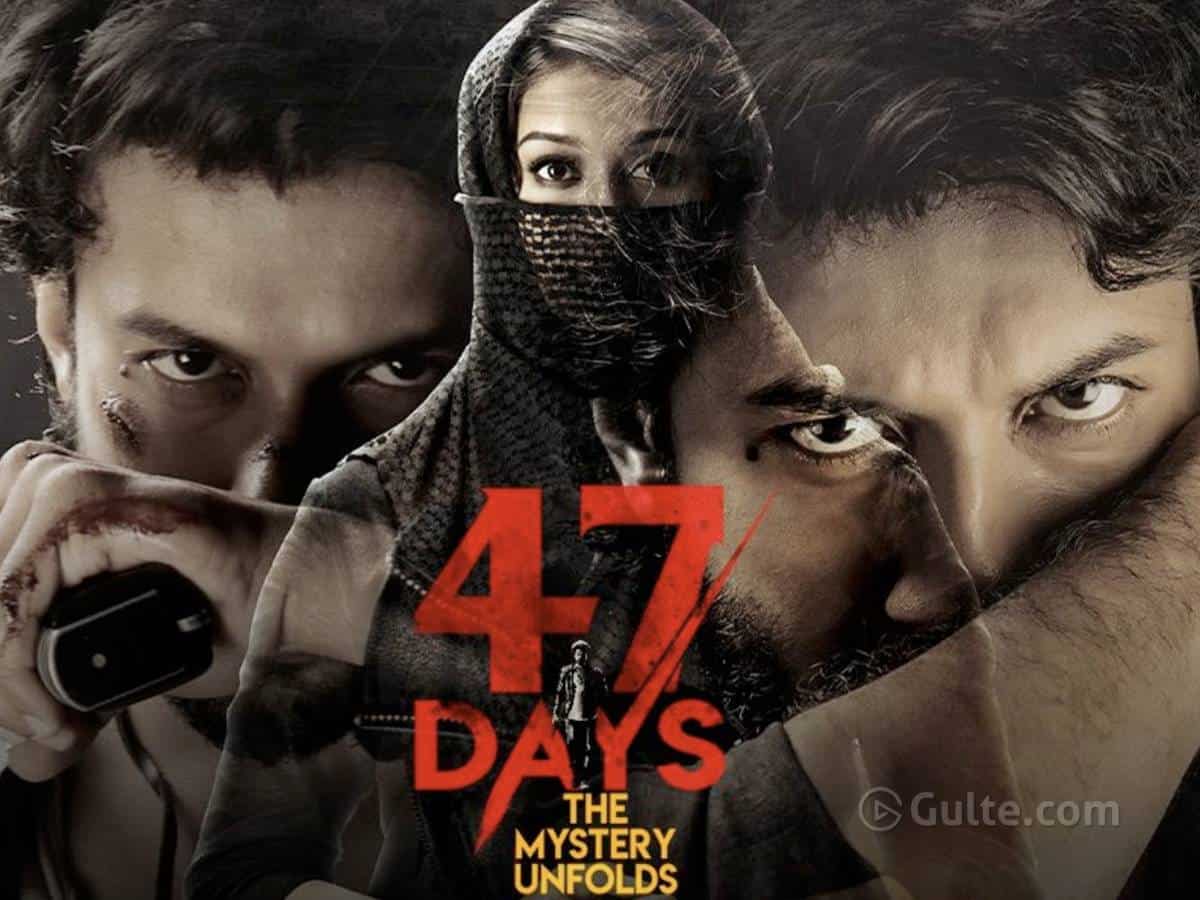 47 Days starring Satya Dev opted for direct to OTT release and it is now streaming on Zee5. Directed by Pradeep Maddali, the film revolves around a murder mystery that the protagonist solves in 47 Days.

Satya (Satya Dev), a suspended cop couldn’t get over the suicide of his loving wife Paddu (Roshini). He is intrigued when he comes to know that an entrepreneur also committed suicide on the same day as is wife. Both of them attending the same party draws Satya into finding the mystery behind the deaths.

Satya Dev is usually bankable, but he too appears clueless after the initial portions. Not just him, almost every actor appears to be clueless of what is happening. Bad writing and equally bad execution make most of the actors look clownish. Pooja Jhaveri and Roshini are just okay. Srikanth Iyengar is good until the climax and he hams it up towards the end. Ravi Varma couldn’t keep any mystique around him as his performance gives away many clues.

Pradeep Maddali picks a regular plot where a suspended cop goes after a mysterious crime case. Initial portions are mildly intriguing, but it becomes very tedious after some time. Characterizations and situations don’t keep you invested in the story. It is a bad sign for a mystery film. Raghu Kunche’s background score is alright in tense situations and the DOP does an okay job too. Production values and other technical aspects are pretty standard.

The story seems intriguing when Satya finds out that his wife and a businessman died on the same day by committing suicide. He tries to find answers for it and bumps into a mysterious woman (Pooja Jhaveri), who claims to be the wife of the dead businessman. But he comes to know that the businessman wasn’t married and his flat has been kept locked since his death. Plot thickens and this is where the director lost grip on the narrative.

None of the back stories excite and in turn they seem silly and absurd. The back story of Pooja’s character seems pretty stupid and it gets stupider when she reveals that she had got into a relationship with someone else by mistake. The drug mafia link doesn’t add any excitement to the proceedings. There is never an urgency in Satya’s pursuit nor does he get challenged by the bad guys.

Everything happens conveniently until the final twist that falls flat on its face. Even the link to the two deaths is preposterous and we will never know why the case was solved in 47 Days. Mystery movies are best suited for OTT platforms when done well, but 47 Days ends up as a dull and uninteresting affair.