OTT Review: Breathe: Into The Shadows 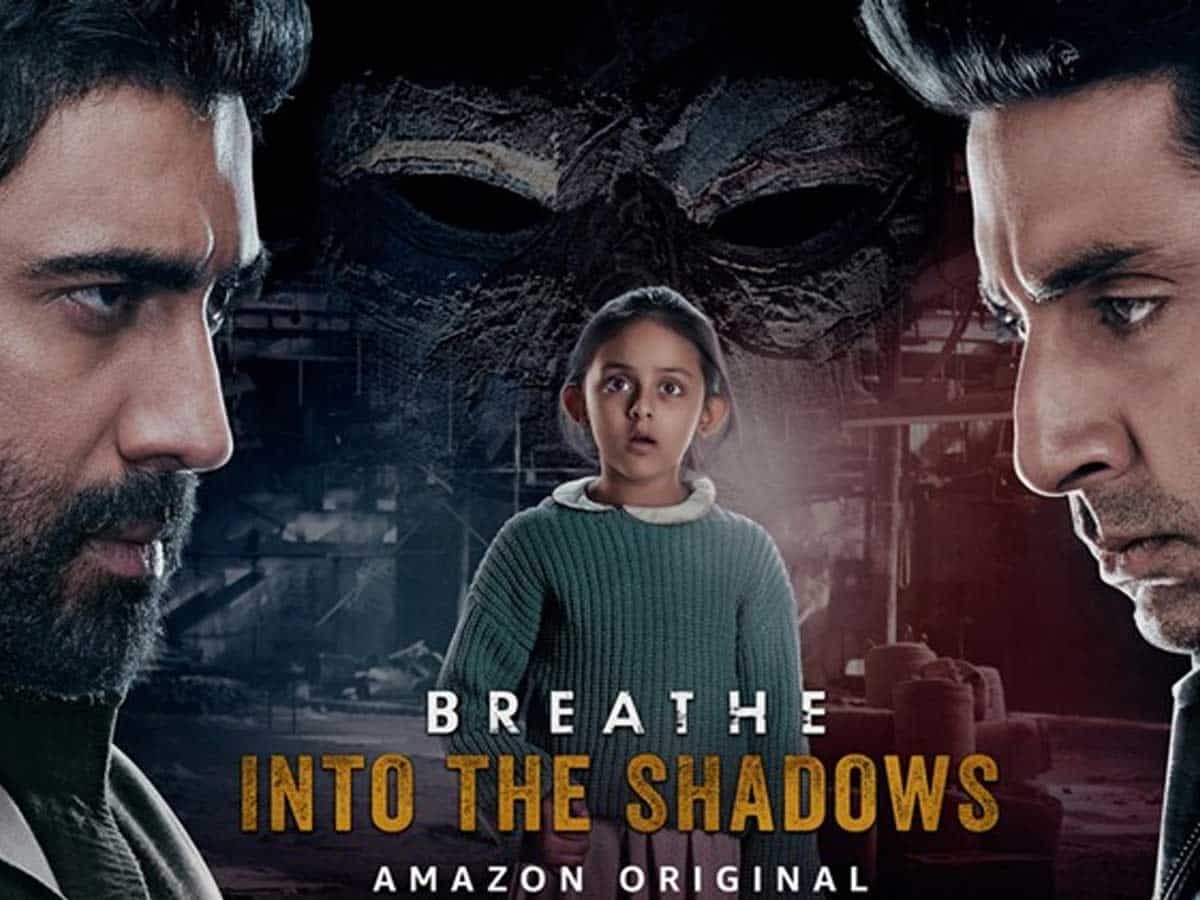 In Madhavan starrer Breathe we had seen a father going to great lengths to save his ailing son. Breathe: Into The Shadows also has a similar plot. This time parents of an abducted kid must turn into serial killers to keep their daughter alive.

Avinash (Abhishek Bachchan) is a psychiatrist and his wife Abha (Nitya Menen) is a chef. Their daughter Siya gets kidnapped and nine months later they are contacted by the abductor. He asks Avinash to kill someone so that his ‘juvenile diabetic’ gets medication on time. In a helpless situation, Avinash turns killer and he records the murder and send it to the media as per the instructions of the abductor. This case is handed over to a Crime branch officer Kabir Sawant (Amit Sadh) and before he finds any clues another murder happens. Avinash and Abha are caught in the trap of the abductor who has planned to kill ten people. Who is he? And why does he pick Avinash to do it?

Abhishek Bachchan is just okay playing the lead role. There’s nothing special about his performance despite the complexities of his character. Nitya Menen gets a moment or two to showcase her talent. Amit Sadh is the one who walks away with laurels with a fine performance as the cop with a troubled past. Saiyami Kher appears as a prostitute, a character that is in stark contrast to her character in Choked. Among others Shradha Kaul makes her presence felt despite doing a one-note character. Shrikant Verma as Sadh’s assistant entertains in parts.

Mayank Sharma picked a bizarre plot for Breathe but it was a watchable series despite clichés. This time he created an even stranger plot that is illogical to the core. Breathe was an eight episode series and this is bloated with 12 episodes with more subplots and many spaced flashbacks. The director is good at creating masala thrillers and his skills save this tepid thriller from falling flat.

Technically, Breathe: Into The Shadows is good and on par with the best series out there. Musical score is very engrossing and haunting. Cinematographer and the production designer create the ambience for crime scenes. But the script writers didn’t put in enough brains to make it look a believable story.

A teenager is kidnapped in the very first scene and the daughter of our protagonist gets kidnapped in no time. Director doesn’t waste any time getting into the thick of things. However, nothing much happens after that as the grieving parents do what all they can do to find their abducted daughter. Nitya Menen goes on sticking the posters of her missing daughter on every wall and Abhishek Bachchan is seen showing his frustration and helplessness in the presence of police. The abductor who wastes no time in kidnapping the girl takes his own sweet time to get in touch with her parents. He asks them to kill some random person but with a condition. The victim has to die because of his anger. So, Abhishek should not only kill him, but also make sure to make him angry and then kill him and send the murder video to the media. Any person with a sane mind would immediately contact police and handover all the contents of the courier. But director Mayank Sharma firmly believes that parents can go to any extent to save their kids. Hence, the well educated couple with no criminal record turn killers just like that.

They soon learn that it is not a one time deal as the abductor has a bigger plan. He has not one but ten killings on his mind and the poor couple now needs to go on the killing spree just to make sure that their daughter is safe. Going more into the details of the abductor will spoil the show for those who haven’t watched it yet. But his backstory is utterly unbelievable and laughably illogical. So, we have to suspend our logic to watch this show. The series should have been compact like its predecessor. The director had to include many subplots into the narrative to fill in twelve parts. Most of these subplots don’t add anything to the story and in fact dilutes the main story. Amit Sadh’s character is responsible for the ill fate of a young woman and this is developed as a separate thread that doesn’t create any interest except for giving a new dynamic to the investigating officer. Wonder why his assistant also gets a separate thread where he woos his college crush.

Director wasted precious time on this useless stuff rather giving more reasoning and build-up to his mysterious villain. They had put more focus on other things to an extent that the actual killings don’t get enough screen time. The villain doesn’t even reach the halfway mark in his mission in spite of having an elaborated plan as the director only brings him to the fore when he feels like. Another aspect that doesn’t excite is there’s absolutely no tension around the abducted kid as she is seen safe and happy all the time. Villain finding his soulmate is another thread that seems pointless except for playing a part in leaving the season open for a potential sequel.

Kabir solving the mystery also happens in a quick fashion and the last episode seems rushed as if the director is suddenly switched to the top gear to reach the climax. The plot of Breathe was crazy, but we can sympathize with the father and his efforts to keep his son alive. This never connects you emotionally and doesn’t create enough tension to keep you hooked. In fact, you will need to keep the remote handy to skip through some pointless scenes and sequences.

Bottom Line: Breathe: Into The Silliness!