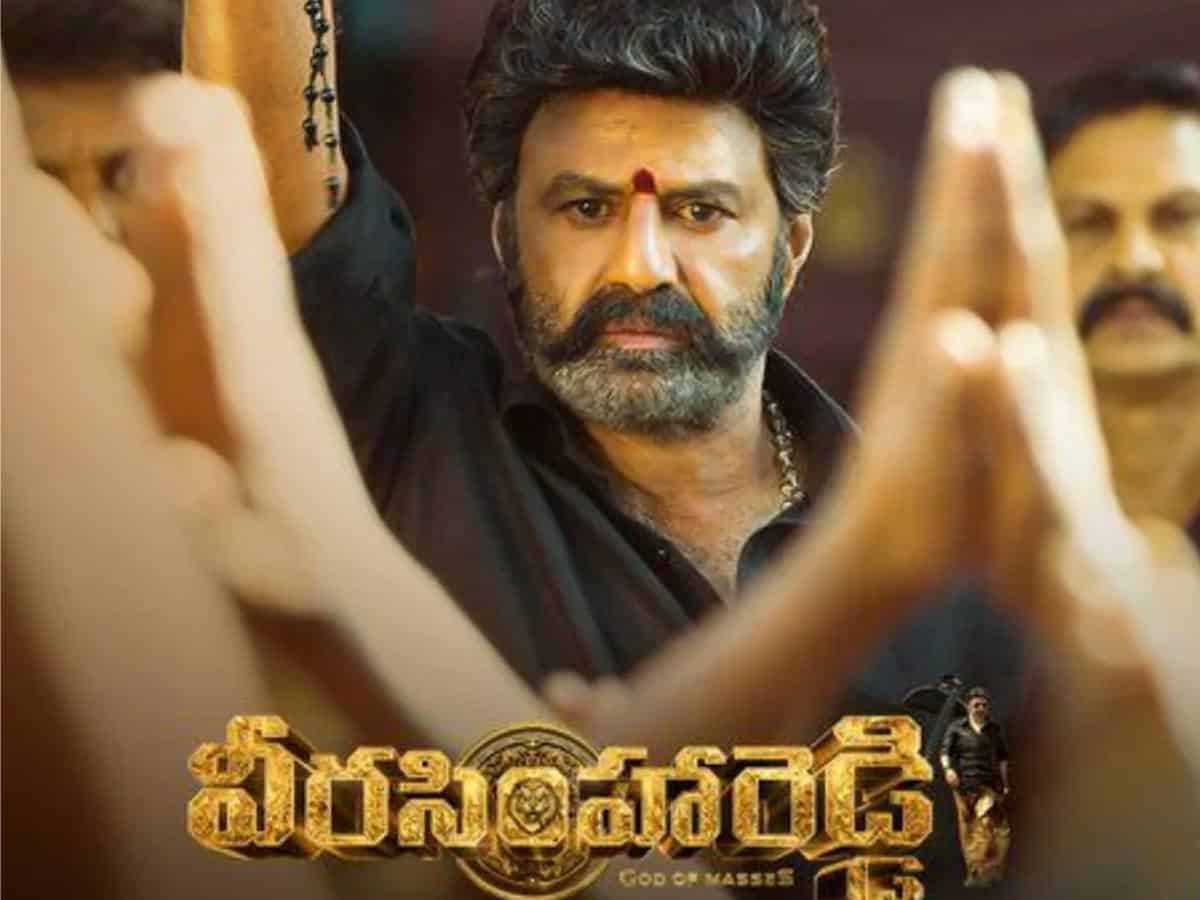 Sankranti festival for Telugu Cinema begins with Veera Simha Reddy. Nandamuri Balakrishna is on the rage with Akhanda’s blockbuster success and Unstoppable show. He collaborated with Gopichandh Malineni for a pakka mass potboiler that has all ingredients to satiate his die-hard fans. The trailer of Veera Simha Reddy set the festive mood. This Sankranthi began with Balayya. Let’s find out what this film is up to.

Jai (Balakrishna) and his mother Meenakshi (Honeyrose) live in Turkey. Jai and Sandhya (Shruti Haasan) fall in love with each other. Meenakshi reveals Jai for the first time about his father Veera Simha Reddy (Balakrishna). Veera Simha has a past and it will haunt him in Istanbul also. Pratap Reddy (Duniya Vijay) and his wife Banumati (Varalaxmi Sarathkumar) want to kill Veera Simha Reddy. What is their grudge and will they succeed? The answers to these form the story.

Shruti Haasan is strictly restricted to songs and very few scenes. Honey Rose gets an important role and she did fine.  Duniya Vijay gets a lengthy role as the main villain in the movie. He fails as the villain opposite Balayya.

Duniya Vijay’s character looks weak and remains one of the strong drawbacks in the film. His routine consists of attacking, getting beaten, rinsing, and repeating. Varalaxmi Sarathkumar appears in a crucial role. She did alright. Though her role is intense, the emotional disconnect in the second half impacted her role.

Visuals and fights are on par with Balayya’s recent successful films. But the story and the making are where the movie dips down. A few elevation scenes and some intense dialogues worked very well. The ‘Pub’ dialogue and the ‘Pogaru in DNA’ dialogues along with others had whistles in theaters. Background music is loud and only impressive in certain parts. All the songs are pure mass.Maa Baava Manobhaavalu is sure a treat for mass loving audience. The lengthy run time is a big culprit. Editing could have been better.

Veera Simha Reddy is all about a factionist who wants to be the last one of them. While the stories of the faction itself are dated, the director should have had a strong base for his story. Unfortunately, he did not.

The second half turns rather slow and sluggish with a routine story unveiled in a dragged mode. There are many routine challenges and counter challenges in the vintage seema backdrop. The emotion in the cringy second half is hard to connect with. There are one too many fights in the movie that might entice fans. The flashback episodes in the latter part are too lengthy and anything that is left apart from it is songs and flights again. The main drawback of the film is the lack of emotional connection.

The second half slowly turns into a patience tester with the flashback scenes and Jai taking up the place of Veera Simha Reddy. The director who elevated Veera Simha Reddy with many dialogues failed to put up at least half of it for Jai’s character, which in the end becomes clueless. The pre-climax episodes of Varalaxmi work well, but they could not repair the damage done by the flashback.

Veera Simha Reddy has everything that Balayya’s previous hit films had, except the well-written story and the direction. The director tried to mimic Balayya’s blockbuster films directed by Boyapati Srinu, by recreating the homam scenes, references of ugranarasimham, and the intense blood bath. But what he could bring is just them but not the actual emotion, thrill and the originality.