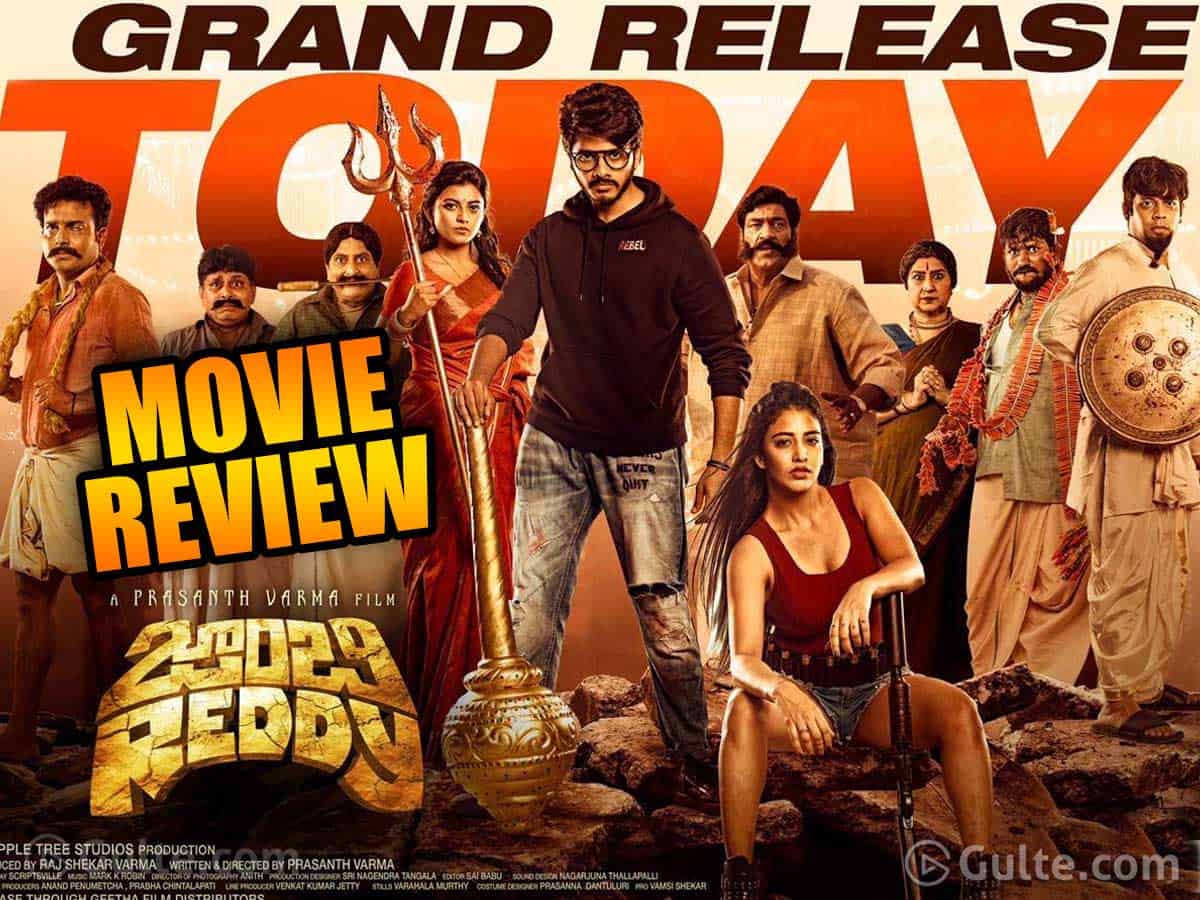 Prasanth Varma attempting a Zombie film is the USP. Indra fame child actor Teja Sajja is making his debut as a lead actor which added to the curiosity. The film did make pre-release noise. Without further delay, let’s check out whether it is worth a watch or not.

Mario aka Maripalla Obul Reddy (Teja Sajja) is a game designer. He pins high hopes on a game he has developed with his team. However, he realises that a bug in the code hampers his plans. Mario’s close friend and programmer Kalyan (Hemanth), who had originally written the code, is busy getting married. Mario along with his two other friends head to Kurnool to get the bug fixed by Kalyan. However, an unexpected turn of event leads to the entry of Zombies. How did people in two villages turn into Zombies. What is the whole connection between faction and zombies? How did Mario fight against all the odds?

Teja Sajja is alright. He still has adolescence which spoils the sport. Anandi is the saving grace. She is easy on the eyes. Daksha Nagarkar is just okay. She is okay as an addicted gamer. Getup Srinu, of Jabardasth fame, shines in this mediocre film. He evokes a few laughs. Writer Harsha Vardhan is alright. 30 Years Prithvi is wasted again. Raghu Babu’s guest appearance doesn’t work either. Director wasted the talent of the actors and didn’t use them properly. There is nothing much to talk about the other cast who hardly has screen presence.

Comedy in bits and pieces

Zombie is an untouched genre in Tollywood. When Prasant Varma had announced a film on Zombie, it did garner a lot of curiosity. The Corona link to it had increased the expectations bar. But after watching Zombie Reddy, it all fades away. Lack of depth in the story, borrowing of scenes from previous films, unwanted hero elevation, predictable scenes, expected twists coupled with bad direction make Zombie Reddy a scary watch. The film misses out on all the logics.

There is a scene where the two hands of a doctor are chopped by the village head for his loose talk. There are many such scenes. The twists like Sailaja Reddy (Anandi) turning out to be from the opposite camp is too predictable. So is Prathapa Reddy (Harsha Vardhan) connection with the village. The latter is a bit okay though. Rest all are not worth your attention.

Scenes which are expected to create fun only added to the woes. However, a few comedy scenes work in bits and pieces. Getup Srinu brings some laughs. He gives the much-needed relief. It has several loose ends. The treatment is dated as it is filled with cliches. On the whole, Zombie Reddy isn’t worth a wait. If you are prepared to watch the movie, leave your brain at home. Frankly, this is not one expects from Prasanth Varma who made Awe and Kalki.