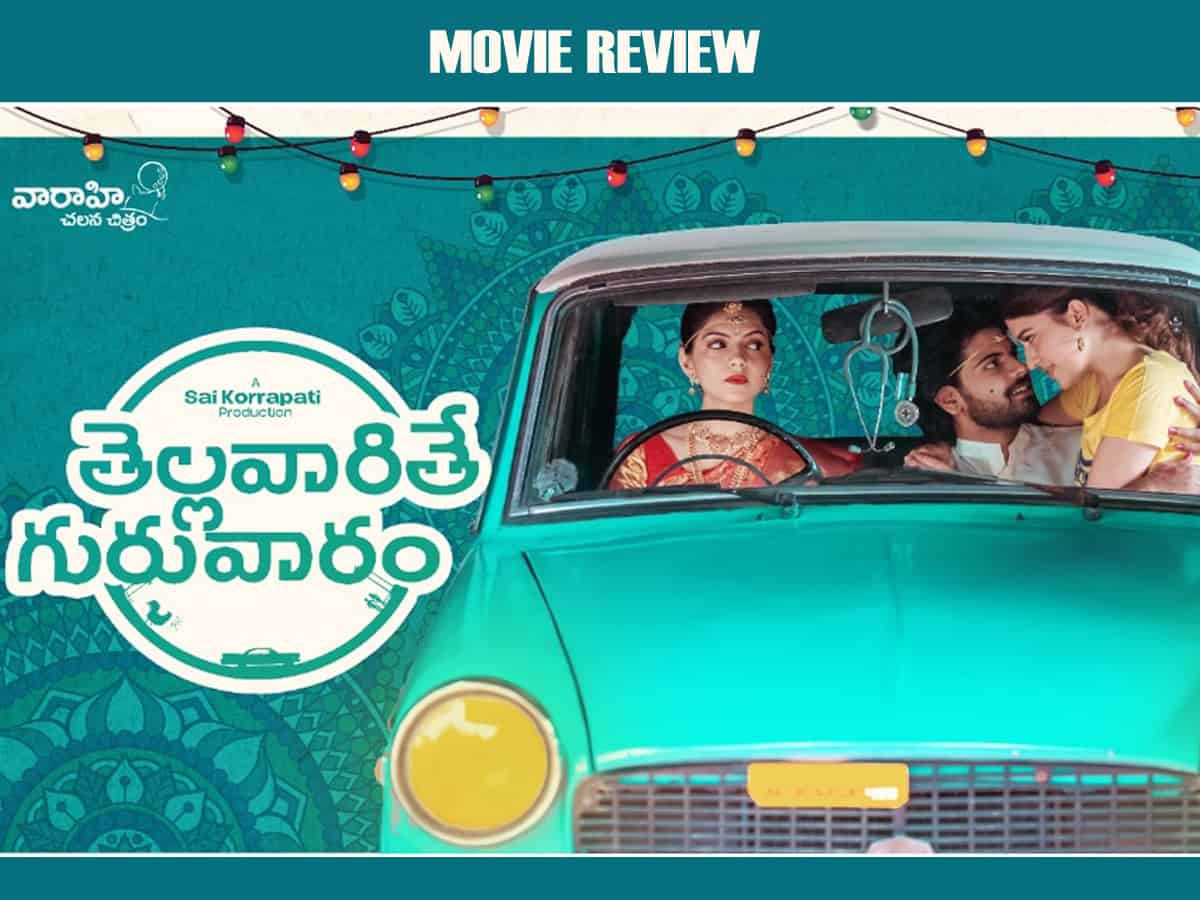 Simha Koduri’s Mathu Vadalara made a lasting impression with its thriller narrative that also made us laugh. The actor has moved away from drugs and couriers, but came close to girls and weddings with a romantic comedy ‘Tellavarithe Guruvaram’ this time. Did he succeed in delivering what he intended to?

Veerendra (Simha) and Madhu (Misha Narang) are about to get married in the muhurthum of early hours of Thursday. But on the late night of Wednesday, they both decide to run away from the wedding and bump into each other while doing so. To conclude on who had to run away to take the blame for the canceled wedding, they both narrate their respective stories. What happened in their stories and what turns everything up on the night before Thursday forms the story.

Simha Koduri has improved a lot from his first movie and he does well throughout the film. He looked smart in the movie. Krishnaveni (Chitra Shukla) performs fine in the role she plays as a confused-overthinking girlfriend of Veeru. Misha Narang is a pretty face and she did just okay in her role. A better choice of heroines would have been an asset for the movie.

Actor Satya deserves applause for his out-and-out hilarious performance. Satya brings the house down with each dialogue and expression. His role as Veeru’s maternal uncle is by far his best. Satya’s one-way conversations and his reactions to the situations are lively all through.

Viva Harsha and his friend did alright. Rajeev Kanakala is okay as a doting father. Ajay appears in a minuscule role that he’s done before many a time and he is nothing new there.

Director Manikanth Gelli chose a non-complicated theme of the unwanted wedding and the aftermath between the actors. He picked the traditional way to portray the characters in the movie. Dialogues are ordinary.

The visuals look good. Mellaga Mellaga song is soothing. Run time plays the crucial role here and that probably helps the movie to some extent from getting lagged. However, many routine scenes push the crisp editing to no use.

Tellavarithe Guruvaram is a simple story executed in an monotonous style. It revolves around the protagonist’s struggle to keep up his love with an overthinking – inconsistent girlfriend, which makes things messier. He goes too far to get married to her but only to find the unexpected. All the twists and happenings in a night conclude to the expected end.

The female lead’s story of why she did not want this wedding to happen is a bit silly. Ajay’s episode purely appears as the formulaic one to ignite the much-needed love between the two. The director could have gone for a better episode to justify the feelings between them, than being too predictable. While her fear for marriage finds a reason far from reality, her change of mind needed that conventional episode of the hero saving her.

The director presented the pre-climax scenes without much of a melodrama or too much of an emotion, which is good. Though many scenes could be guessed on how they will turn up, the director sticks to the same old safe and routine ways to execute.

Sathya’s comedy deserves a special mention and he remains one of the highlights in the movie. He is definitely a lucky charm for Simha Koduri. Just like he overshadowed all in Mathu Vadalara, Sathya takes over everyone in many scenes throughout. His every dialogue and modulation will make us laugh. His comedy saves the movie to some extent in spite of having ordinary scenes and an obvious ending. His twist, in the end, is unpredictable for sure and that definitely leaves us in splits.