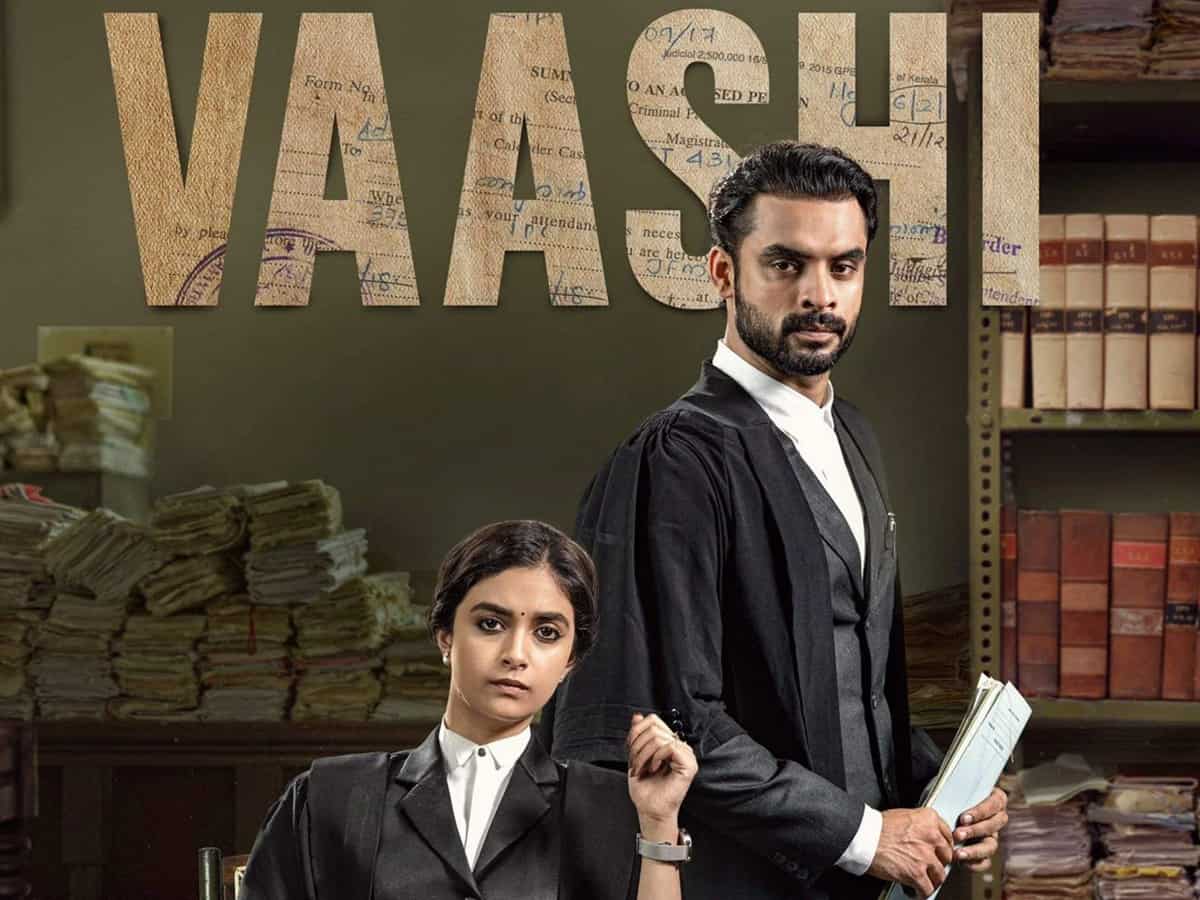 Courtroom Dramas have always been an interesting genre in cinema, if one can capture the gravitas of cases with enough logic and believable drama they make up for great viewing, Netflix’s latest release Vaashi deals with that genre and it tries to offer a bit of novelty that is both the lawyers who argue the case against each other are our leading man and leading lady of the movie, so does the movie able to make the compelling argument? Let’s see.

Vaashi starts typically, introducing Ebin Matthew (Tovino Thomas) and Madhavi (Keerthy Suresh) as budding advocates, they both are friends who soon fall in love and plan to get married, but things start to take a toll when both are confronted by a rape case from opposite ends, Ebin presents the case from Victim side and Madhavi defends the accused, what starts as a professional clash gradually affects their personal lives turning it into an ego clash.

Vaashi has got a fine storyline, and the idea of creating the clash between hero and heroine, that too with the hero presenting the Victim side, the heroine presenting the accused, director Vishnu made the smart choice to avoid gender politics /prejudices, however he couldn’t able to flesh this “Fine storyline” with fine script, there are some well written moments but they are watered down with loopholes in the logic of drama, the movie’s first half is neat, the light-hearted nature of the movie there is well presented without going overboard, it’s in the second half the movie loses its steam, it has a dialogue that everything/everyone is gray, but it doesn’t make that point visually on screen, there is a clear good and bad difference for the case the director unpacks through leads, better writing could’ve made the movie especially second half more sound, Vaashi reminds us that not all great ideas are transferred exactly on screen.

Tovino Thomas as Ebin Matthew was excellent, his charm and subtle performance make us sit through the movie even in its weak zones, he solely carried the movie on his shoulders with his winning performance.
Keerthy Suresh as Madhavi was okay, one surely expects a better performance from her but in most of the key scenes, she just looked clueless, one can also blame her characterization, it falters in the second half, which just creates more apathy towards her character making us fail to get caught in limbo between Madhavi or Ebin’s side of the argument in final sequences.

Technically Vaashi is adequate, the cinematography by Neil D Cunha is good, and the court atmosphere and surroundings of it are realistically captured, Songs by Kailas Menon are soothing, they go in flow with the movie with feel-good montages, and the Score by Yakson and Neha are okay, in its most serious scenes BGM could’ve been more intense, Editing by Arjun Benn is perfect, with just 2hrs3mins runtime, the editor made sure the movie remain crisp without many deviations, there is a beautiful intercut/juxtaposition between a dramatic court scene and a wedding scene in the first half, it registers a strong emotion in us in rooting for leads.

Logic going for a toss
Lack of emotional connect
Second half

The problem with ‘Vaashi’ is it tries to be a wanna-be ‘Article 375’ (2019), the latter had a good script with proper “gray” moral standards for characters, while Vaashi exactly lacks that thus it doesn’t really make our emotions ride.

Overall Vaashi fails to make a compelling argument, however, it has some moments to shine, and given Tovino’s gentle Performance, you can give this a shot if you are okay with the above-mentioned points.