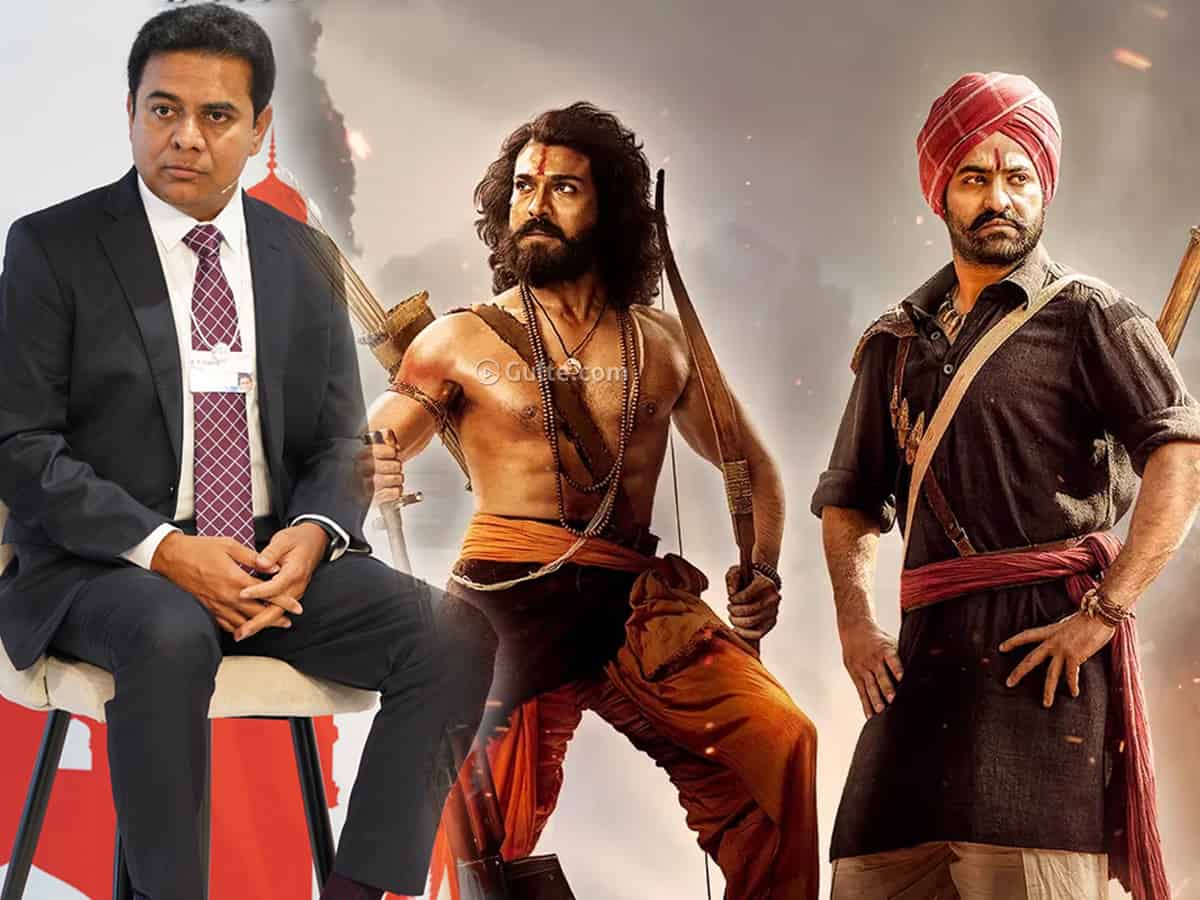 There is a lot of debate going on about the film ‘RRR’ missing out on an Oscar entry from India. Gujarati film ‘Chhello Show’ was picked up by the Film Federation of India over ‘RRR’ and this surprised and shocked many movie buffs and enthusiasts.

Political analyst Professor Nageswara Rao evaluated that ‘RRR’ is not the first thing to lose out to Gujarat. Taking to his Twitter Nageswara Rao mentioned the list of projects that went to Gujarat but were actually supposed to be established in Telangana/Hyderabad. From the Kazipet Coach Factory to the International Arbitration Tribunal, a couple of important projects were shifted to Prime Minister Narendra Modi’s home state at the last minute.

Upon noticing this tweet of Professor Nageswara Rao, TRS working president KTR fumed over the Telangana BJP leaders who are tight-lipped over these projects flying to Gujarat. “Not a single BJP joker from Telangana has the guts to demand what is rightfully ours. Ever Ready to carry Chappals of their Gujarati Bosses but can’t summon the courage to demand Telangana’s rights,” tweeted KTR.

The IT minister opined that PM Modi is playing an influential role in diverting the projects. “Gujarat is the epicentre of Modiverse,” added KTR.

Apparently not just Telangana, even Maharashtra is losing out key investment projects to Gujarat. Recently the semiconductors plant and Foxconn deal shifted to Gujarat and there is an outrage from the oppositions of Maharashtra.