‘Jagan Has Secret Deal With KCR’ 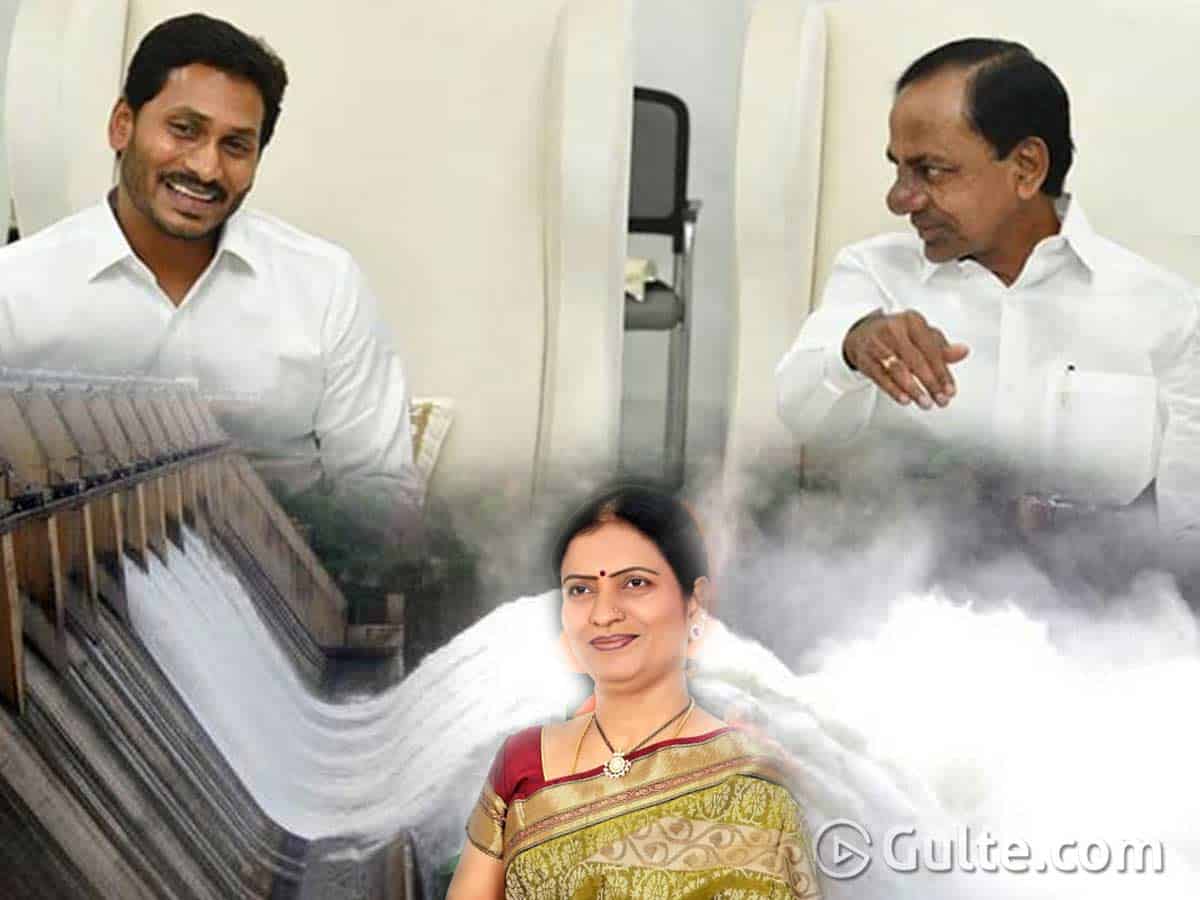 Once again the water war has begun between in the Telugu states. To provide water for Rayalaseema region, AP CM YS Jagan has issued G.O. number 203 to use the flood water from Srisailam dam. The YSRCP government has also issued administrative sanctions regarding the same. Telangana CM KCR has severely opposed this and lodged a complaint against AP government at Krishna Tribunal.

However, the oppositions in Telangana smell something fishy here and added that there is a secret deal between Jagan and KCR in this issue. Speaking on it BJP leader DK Aruna said, “This fresh action of AP government will do a lot of damage to the joint Mahbubnagar, Rangareddy and Nalgonda districts. It will also affect the irrigation projects like Kalvakurthi and Palamuru-Rangareddy. I suspect an understanding between the CMs of Telugu states.”

The former minister also said, KCR is neglecting South Telangana and is doing complete injustice to the region. “For North Telangana irrigation projects, KCR passes orders in hours, sanctions budget in days whereas for South Telangana projects, they take years to complete,” said Aruna and added that she had met CM KCR on couple of occasions and urged him to complete projects in south Telangana at faster pace.

“Palamur-Rangareddy project was allotted two TMC of water. But very recently this was reduced to just one TMC and still the government is yet to allocate funds for it. This is an evidence of KCR’s pure negligence and he has no intentions of completing irrigation projects of South Telangana. I don’t think KCR has no knowledge about AP CM Jagan’s order on G.O. 203,” said Aruna.

Meanwhile BJP leaders have held a one day fast in Hyderabad against Pothireddypadu project and raised slogans against CM KCR.