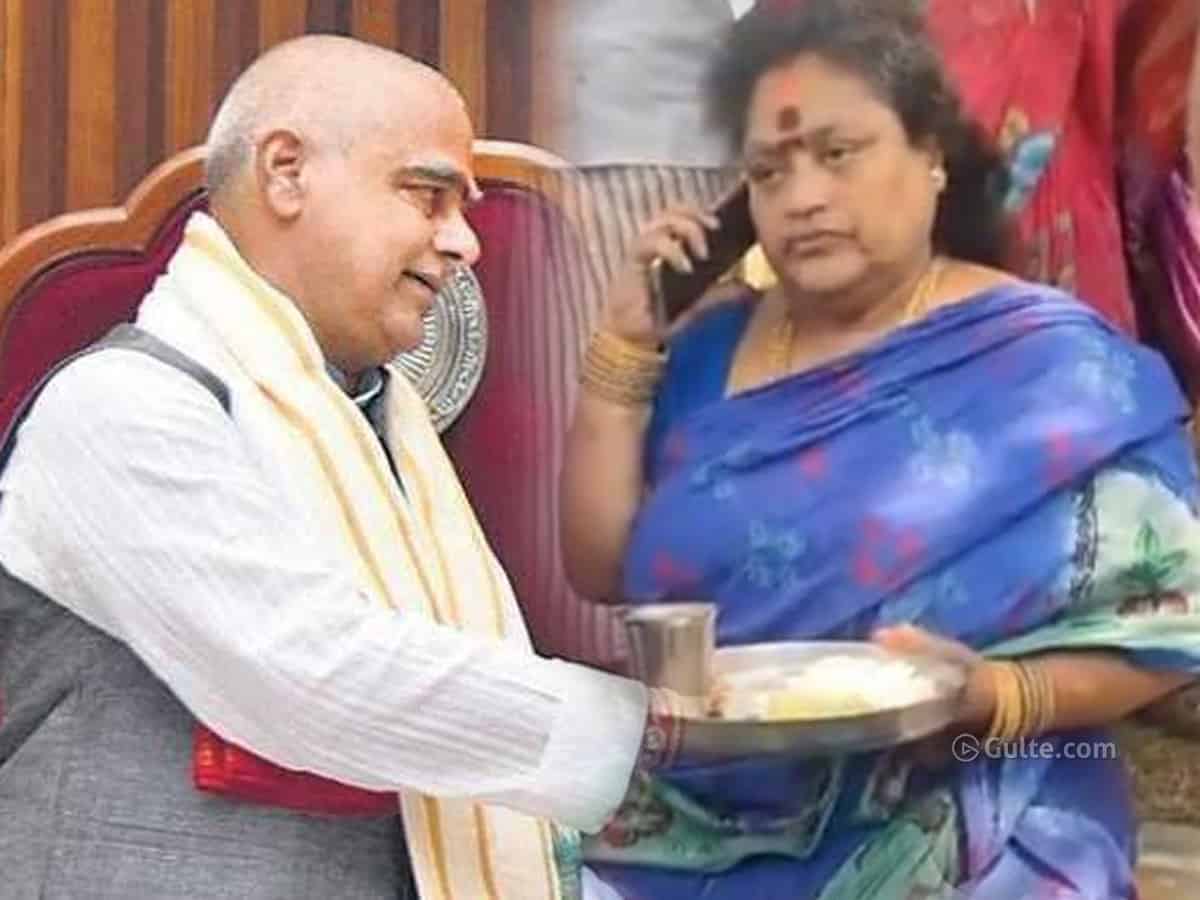 Andhra Pradesh Assembly Speaker Tammineni Sitaram’s wife Vanisri recently won the Panchayat elections and became a Sarpanch of Thogaram mandal in Amudalavalasa, Srikakulam. She visited the Thammayyapeta village on Saturday and interacted with the locals.

During the visit, the villagers informed Vanisri that their children are unable to eat the mid-day meal that’s being served at the local government school. She immediately tested the food quality and made a furious call to the concerned school official.

“The rice is not cooked well. You made pulagam by mixing dal and rice, topped it with cashews and called it halwa. And the sambar is diluted. Not sure if it’s water or rasam. Is this how you and your family eat at home? I had warned you before, but you haven’t changed your ways. I’ve taken the pictures and I’ll meet the CM today. No more talk, I’ll get into action now,” Vanisri warned the official.

Furthermore, Vanisri told the official that the government is spending crores of rupees on the mid-day meal scheme, and he is serving cheap quality food to the kids. “Where is your HOD? You people eat at star hotels and expect us to eat this kind of food? Vanisri’s conversation was captured in cameras and the videos are going viral on social media.