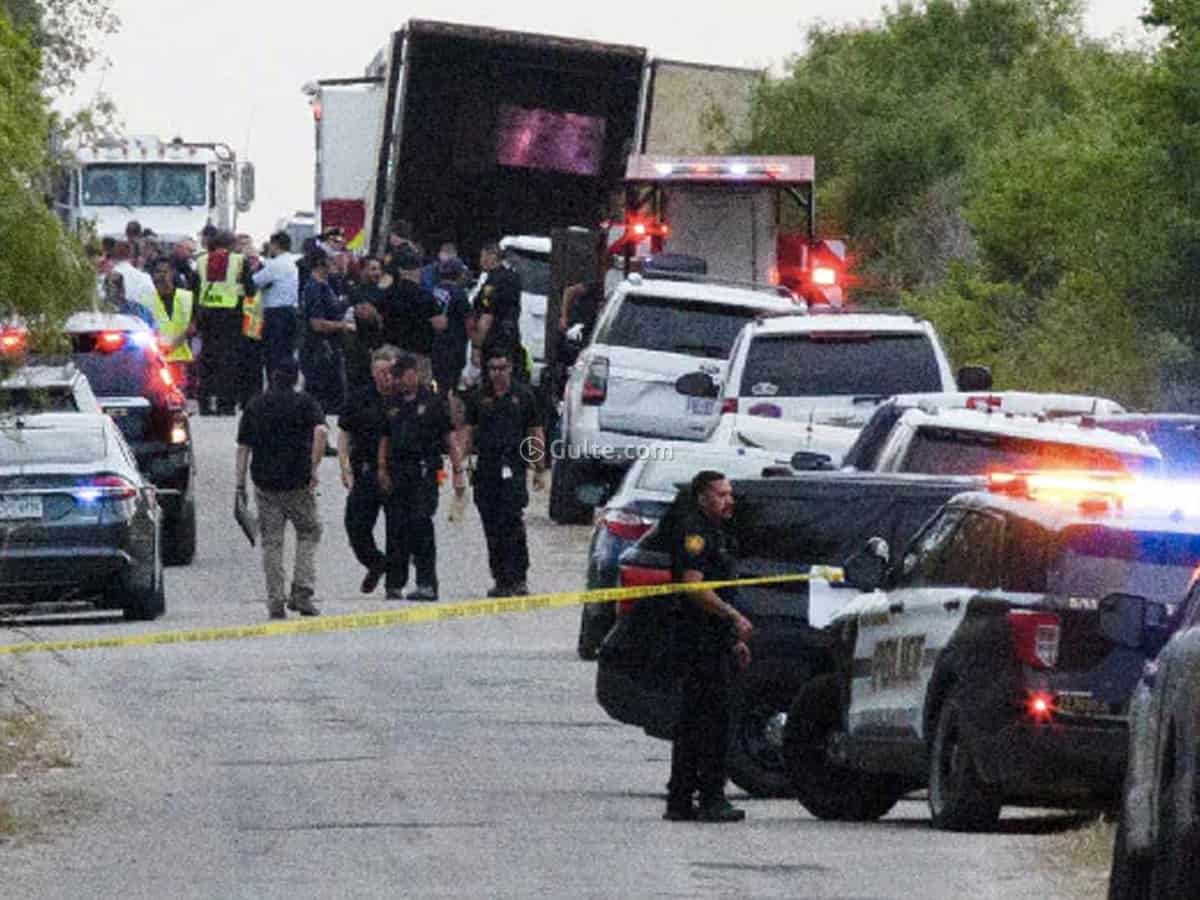 In a horrific and tragic incident that happened in San Antonio, Texas, 46 immigrants were found dead inside a tractor-trailer on Monday. 16 other people found in the trailer are admitted to the hospital. This happens to be one of the deadliest human smugglings along the US-Mexico border.

According to the San Antonio Fire officials, there were no signs of water in the truck and they found a stack of bodies. The truck was found next to railroad tracks in a remote area on the city’s southern outskirts.

The officials stated that the injured persons include four minors but there are no children among the dead. It was stated that the patients were suffering from heat stroke and exhaustion. Even though it was an air-conditioned tractor-trailer, the officials didn’t find any working A/C unit in it.

According to the police, a person who works near the incident place happened to hear a cry for help. When he went near the truck, he found the trailer doors are partially opened. When he looked inside, he found dead bodies lying on the floor.

There have been a record number of illegal migrant crossings on the US-Mexico border in the recent past. This trend also sparked criticism of the immigration policies implemented by the current president of the USA, Joe Biden.