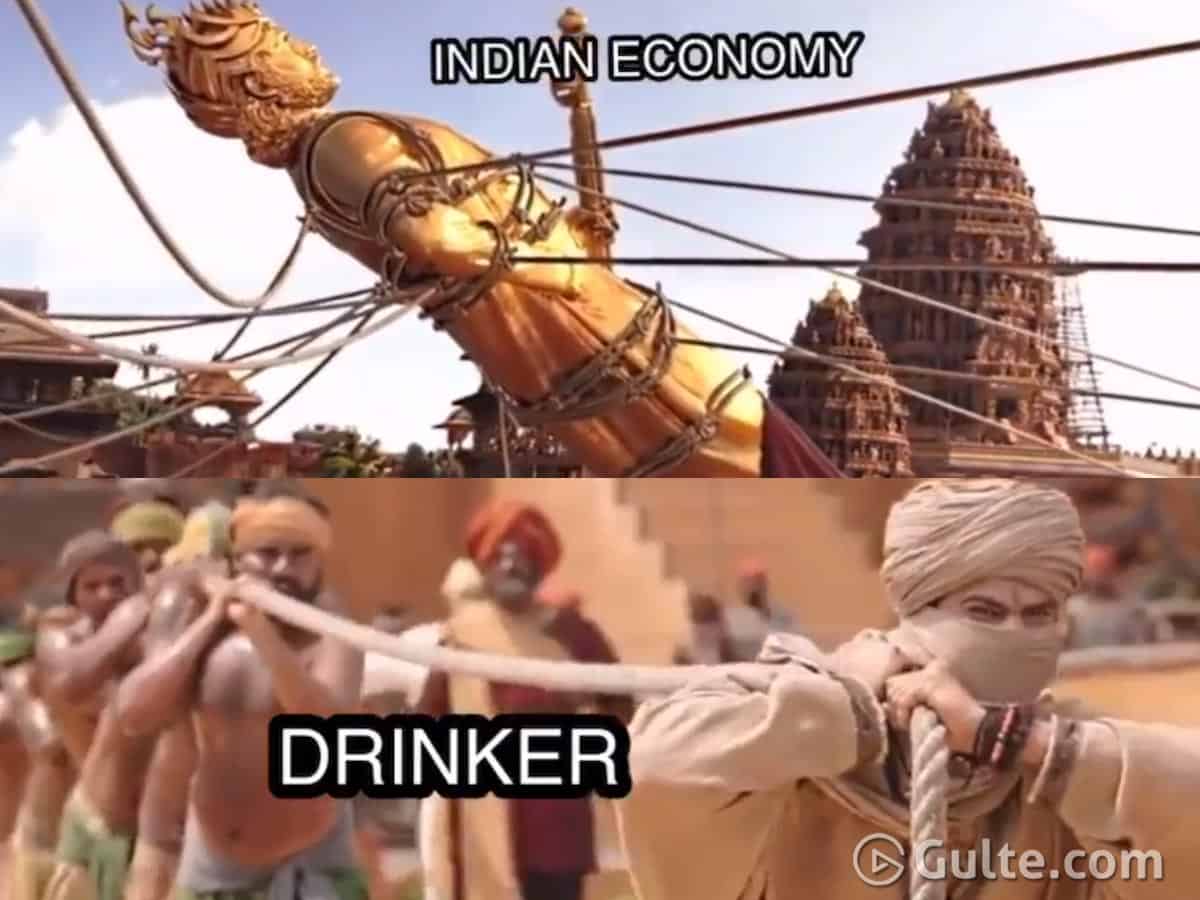 With Corona virus lockdown, farmers, industries, transportation, aviation, software, real estate and many sectors have been badly hit. Due to this the Indian economy is going downwards and even the Indian government is unable to revive the economy in crisis times. But the Centre’s decision to open wine shops has changed things.

It’s been two days that wine shops across the country have opened after nearly 45 days of shutdown. The internet is flooded with videos and pictures of people standing in long queues at wine shops and in every state it is the same situation. People are buying liquor bottles in bulk and this has led to huge revenues in the last 48 years.

The trade experts believe that liquor sales across the country might have brought a revenue of Rs 1000 crore in just two days. For that matter, Karnataka and Andhra Pradesh states have reportedly made Rs 45 crore and Rs 60 crore revenue respectively in a single day.

A video has popped up on the internet comparing the liquor sales which are generating huge revenues i.e, indirectly helping the Indian economy to the statue establishing scene from ‘Baahubali’ movie.

Well, however has created it, definitely deserves applause for his creativity and in fact it is actually true that liquor sales are making huge money.

Tags Baahubali Meme of the day