Review: The Baker and The Beauty 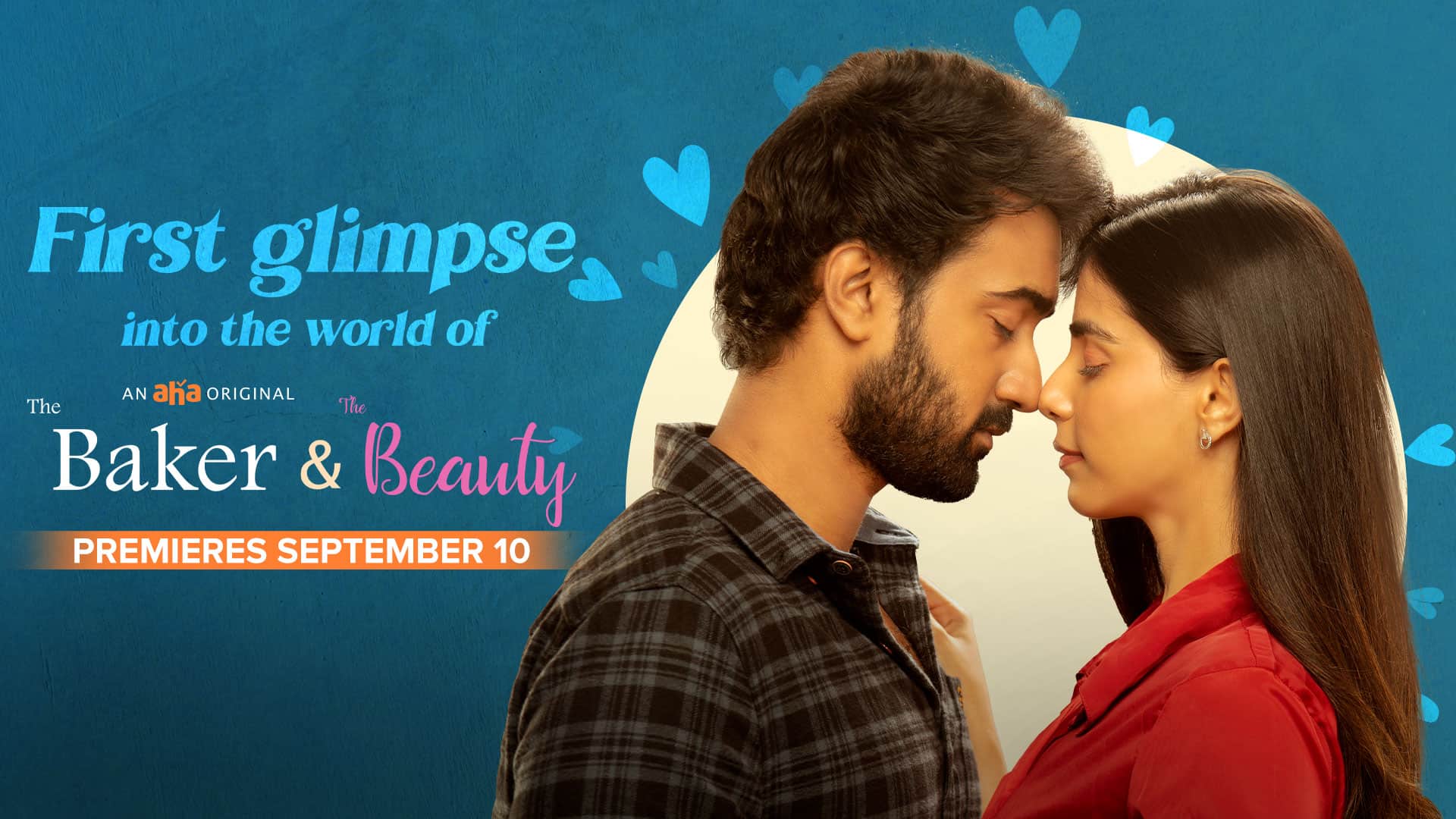 The Baker and The Beauty is the official remake of the Irish series. The show is adapted by Annapurna Studios in Telugu and has Santhosh Shoban as the main lead. Jonathan Edwards directs this web series.

The show is based on the life of Vijay(Santosh Shoban) who works in his dad’s bakery. He is in a relationship with Mahi(Vishnu Priya) and just when she proposes marriage, Vijay suddenly says no to her. At this crazy juncture, Vijay bumps into a famous actress Aira(Tina Shilpa raj). Sparks blossoms and Aira asks Vijay to hang around with her so that she can be out of her bad breakup. How will an ordinary boy handle such a famous actress forms the story of The Baker and The Beauty?

Santosh Shoban has become a go-to actor to play roles of an underdog and he does well in this series. He as the confused Vicky is pretty good in his role. Santosh shows subtle emotions and emotes through his eyes. Heroine Tina Shilpa Raj is also apt as a famous actress. Though she looks naive in the beginning, Tina makes up for her errors by the end. After a long time, yesteryear actor, Venkat gets a good role and he is very good as the nagging manager. The guy who played Sanotsh’s brother was very impressive. Last but not the least, Vishnu Priya as Santosh’s obsessive lover is elegant and does what is expected of her.

Annapurna Studios has adapted this foreign series into Telugu standards in a decent manner. The visuals are top-notch as the aesthetics and camerawork showcase Hyderabad in a very suave way. Dialogues are contemporary and the costumes chosen are stylish. But the editing of the show is not that great. There are ten episodes and one gets the feeling that a simple story is dragged for no reason. The series should have been wrapped up in seven episodes, to say the least. Some key emotional scenes should have been dramatized a bit more.

The story of The Baker and the Beauty is simple and has scope for great drama and fun. Talking about fun, the makers had made sure that the fun content is showcased in a subtle way. The family setup of Shoban is where the fun is generated and most of this part is taken away by the actor who plays Sanotsh’s brother.

The manner in which the love story is dealt with by the director Jonathan looks nice. But he too takes things a bit far ahead and adds scenes that drag the show. As said earlier, the show needs a bit of trimming in the romantic angle.

One more area where the writing is a bit weak is the way Santosh’s character embraces the whole affair. Maybe some more scenes should have been to showcase the hero’s perspective in leaving his girlfriend and falling for an actress.

The manner in which the show is ended looks a bit predictable. There are also many scenes that look forced in the show. But the taking, simple fun, and great visuals, and urban vibe are enough to give this series a shot.

Tags Santosh Sobhan The Baker and The Beauty Vishnu Priya