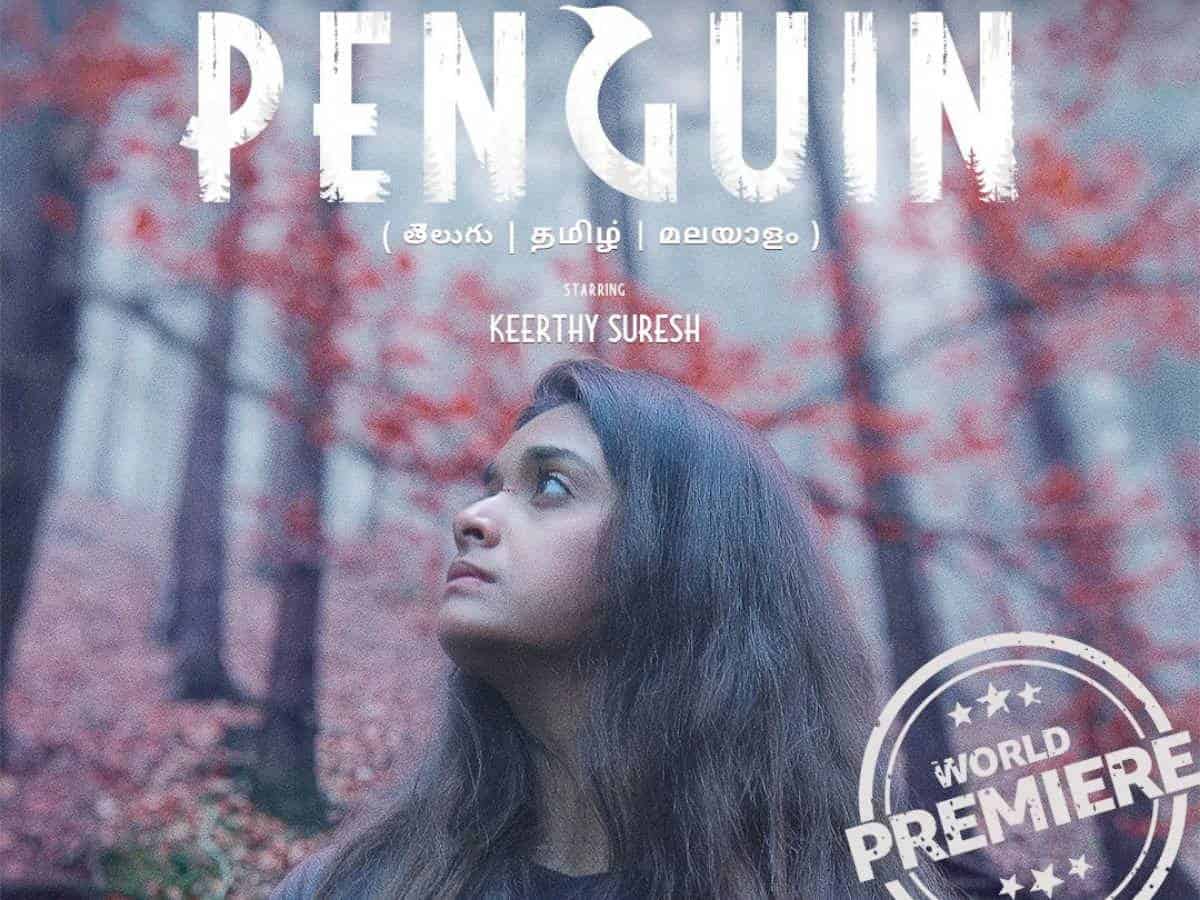 Penguin is the most anticipated film among the movies that have opted for digital release as the lockdown on movie theaters is still in place. With a reigning actress Keerthy Suresh playing the lead role and a frontline Tamil director Karthik Subbaraj bankrolling it, Penguin has created enough intrigue with its promising promos. However, it has ended up as yet another mediocre film like the other recent OTT releases.

A pregnant woman Rhythm (Keerthy Suresh) goes in search of her first child who was abducted by a masked man some years ago. She is successful in finding him, but the abductor keeps on chasing him. Rhythm has no option but to go after the mysterious person to stop him haunting her kid.

Keerthy Suresh is too young to play the mother of a kid, but she has come up with a very convincing and captivating performance. She is at ease in showcasing the emotional turmoil that a mother goes through when her kid is abducted. Lingaa is okay as the disturbed father, while Madhampatty Ranganath is unconvincing with his expressionless portrayal. Master Advaith is good and makes an impact with his impressive expressions.

Eashvar Karthic has done well in getting the production design of the movie right. He chose an interesting forest backdrop for the story and he is ably supported by his principal technical team. However, his writing is unconvincing and is left a lot to be desired especially in the second half.

Production values are superb as there is no compromise on the visual quality. However, they should have signed up a familiar star cast for the supporting roles. Cinematography is top notch as the DOP is successful in bringing the eeriness of the serial killer theme alive with his lighting and color palette. The background score by Santosh Narayan is superb. Editing is crisp.

Penguin has a captivating setup that takes no time for us to get invested in the story. A fantastic introduction scene sets the mood for the thrilling and mysterious nature of the plot. Thanks to a credible performance by Keerthy, the director is successful in showcasing the emotional stress that a mother goes through when her kid is abducted. Her marital life getting disturbed due to the incident also is established well without going into too much detail.

Penguin is not a regular serial killer thriller where there is an endless search for the abducted kid. It is about finding the identity of the person who abducted him. It is about the answers that a mother is in search of. First half of Penguin is very engaging with many nail-biting moments that draw us into the story. Interval block is particularly impressive with an unexpected twist.

When Penguin seems to be hitting all the right notes, the director-writer has a brain fade and goes completely off-track. A vulnerable pregnant woman going after a mysterious psycho all alone is not convincing enough. The director also resorts to cheating techniques to create doubts over other characters. The interrogation scene where Keethy confronts the psycho completely puts off the mood and makes it look like a clown show.

Then comes the final reveal that is as old as hills. It is surprisingly shocking that the director couldn’t come up with something new for the reason behind the abduction. The whole final act of Penguin is a misfire as it totally spoils the setup and mood that it has cleverly established to that point. It ends up as an average thriller film that fails to keep you hooked till the end.

Keerthy’s performance, the setting and technical excellence is what makes Penguin an okay watch on OTT. A better second half would have made it a captivating thriller.