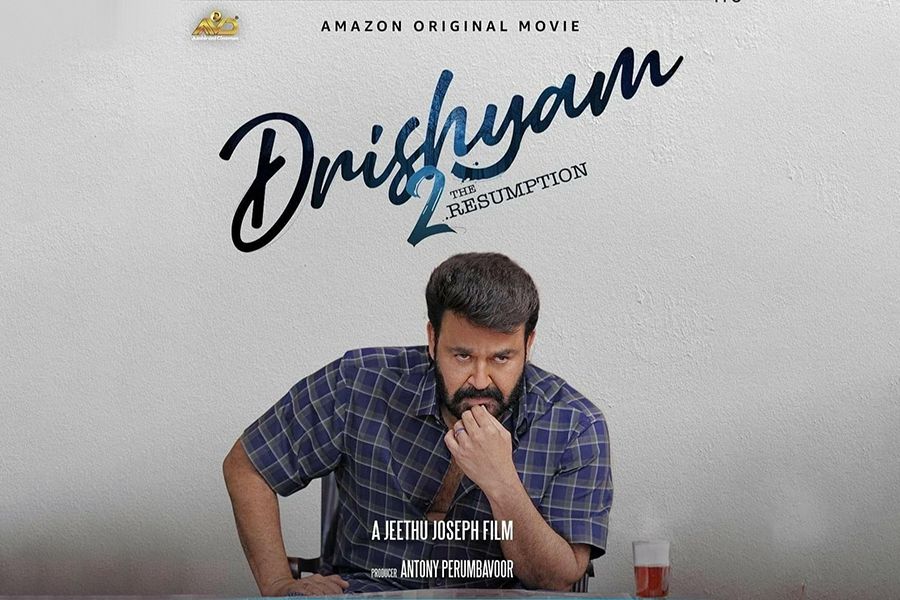 Malayalam film Drishyam directed by Jeethu Joseph was an iconic film that was later remade into many Indian languages. Making a sequel to such a modern classic is not an easy job and director Jeetu Joseph took up the challenge of making a proper sequel to the 2013’s film.

Drishyam 2’s story starts exactly six years after the first film’s story concluded. There’s an eyewitness to Georgekutty (Mohan Lal) crime who got arrested immediately after it. Only he knows the place where Georgekutty buried the body of the young man besides the man himself. Six years later, after the humiliation they are subjected to, the police haven’t given up on the case and are still tailing Georgekutty’s family.

Georgekutty keeps the secret to himself but his elder daughter (Ansiba) has been suffering from panic attacks since then. His wife (Meena) also seems vulnerable and looks like breaking down at any point. Despite Georgekutty’s safety measures his family walks into trouble and the eyewitness approaches the police demanding a huge ransom in exchange.

Police finally find the place where Georgekutty has buried the mortal remains of the dead guy and he is taken into custody. It looks like Georgekutty is in deep trouble with the dead guy’s mother (Asha Sharath) looking to take revenge on his entire family. Can he get out of it like he did previously?

Drishyam 2 starts off on a slow note with the director setting up the thriller in a leisurely fashion. He leaves many hints to what is about to come but they don’t seem interesting until the second hour. First hour moves at a painfully slow pace but you will surely get rewarded later with so many surprises thrown at you. The climax may seem illogical but it doesn’t sound entirely impossible as Mohan Lal convinces us that he could go to any extent to safeguard his family.

Director Jeetu Joseph succeeds in giving it a morally satisfying ending but also leaves it open for another sequel. It is not as easy as it appears to restart a story from where it concluded and make us invested in it. The master director succeeds in extending Drishyam’s story and impressing the original fans yet again.

Mohan Lal is spectacular once again with his stellar performance. Meena is good as the female lead. Murali Gopi is impressive as the police officer who is hellbent on bringing Georgekutty to justice. Asha Sharath’s role is limited but she gets some moments to shine. Ansiba and Esther are good as Lal’s daughters. Technically, Drishyam is sound with a solid background score and good camera work. The narrative keeps you engaged throughout despite a lengthy runtime.

All credit to Jeetu Joseph for making the sequel a captivating watch. The film would have definitely done well if it was released in theaters. Drishyam 2 has the potential to be remade into other languages like its predecessor. The film is streaming on Amazon Prime and it should be on your weekend watchlist for sure.