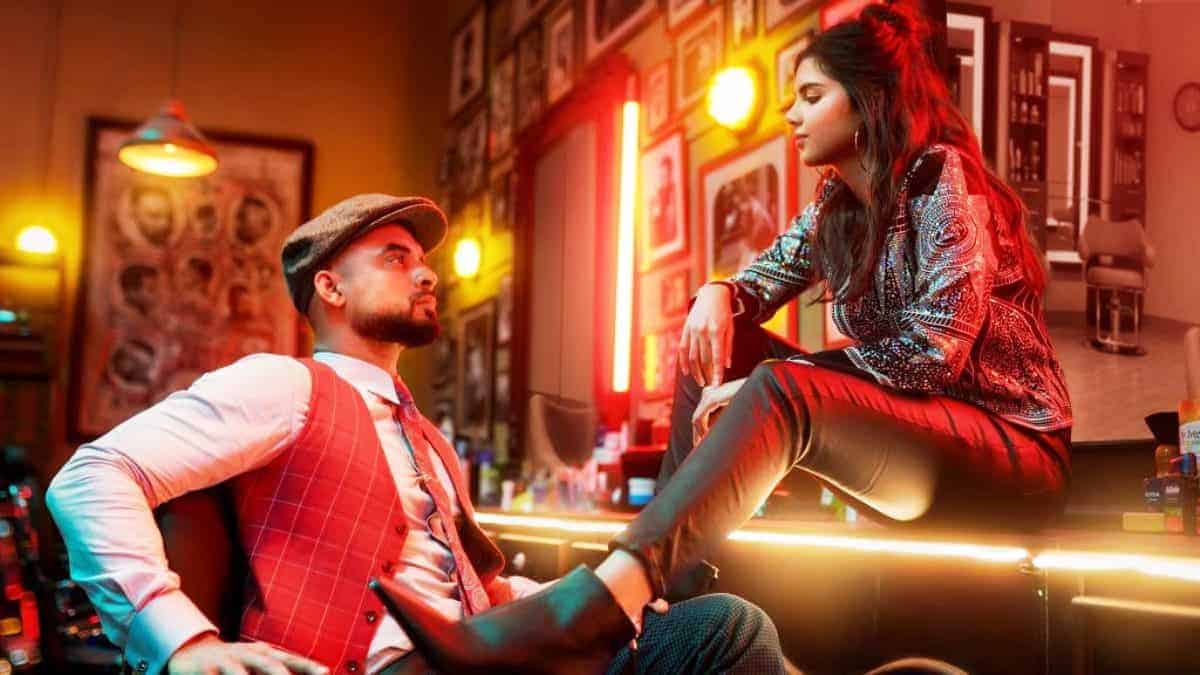 Tovino Thomas is just relentless, he is making sure to release his movies one after the other at a gap of two-three months, irrespective of hits/flops, his presence is getting strong on social media with his movies’ trailers, updates, and songs, his recent sensation is ‘Thallumaala’, touted to be an action-comedy, it’s currently streaming on Netflix, let’s see how this entertainer fared.

Story basically deals with the fights and how current generation youth are so into it without giving second thoughts about consequences, Wazim (Tovino Thomas) is one such spoiled brat, who makes some of his friends through fights itself, and the movie encompasses a series of incidents in his life that includes his love interest, Beeepathu (Kalyani Priyadarshan) and his clash with an SI, Reji (Shine Tom Chacko), what are those incidents, how did Wazim end up at last? , forms the rest of the movie.

The main US’ of ‘Thallumala’ is the editing choice, the director chooses to narrate the movie in a Non-linear format, which makes the ordinary story of the movie reflect extraordinarily on screen, movie starts with the climax scene’s shot, it slips into flashback, where it slips into another flashback, divided by chapters, the movie reveals its exciting moments in very sporadic manner till the end. There is this amateurish wild energy with which Director Khalid Rahman narrates his story, he comes off more as a cool technician than a writer, he packs the drama with stunning action setpieces to enthrall the audience from time to time with enchanting stylishness and there is humor some times it’s underlying, but it’s there throughout that keeps the movie light heated/ entertaining enough without any energy drop.

After a superb interval, the movie gets deviated a bit by giving attention to the “love” angle more than required, Kalyani Priydarashini’s track could’ve been better there, and also a couple of songs come back to back within no time to disturb the flow, they are decently entertaining but they kinda hampered the rapid proceedings with which movie went till then. However, it gets renovated in the engaging last 30 mins which had this good tension to keep our emotions invested in the movie.

Tovino Thomas as Wazim was flawless, he was energetic as hell in the role that asks him to be a crazy beast, as usual, his screen presence was fierce, Shine Tom Chacko as Reji was fine, and the rivalry between these two looked really good on screen, rest of the cast were decent.

Technically movie is remarkable. Music by Vishnu Vijay is refreshing, his score in action scenes was pulsating, to say the least, they fire those moments like anything. Stunts done by Supreme Sundar Master were jaw-dropping, they were over-the-top at times, but they were meticulously composed making us gasp in sheer awe, especially the ‘theatre fight’ scene was one of the most exciting fight sequences ever made. Editing by Nishad Yusuf was marvelous, he cuts so energetically, the movie just gets better from scene to scene especially in the first half, and the slow-mos in fight scenes were rightly used. The cinematography by Jimshi Kahlid was phenomenal, the movie is filled with rich visuals of vibrant colors and amazing lighting, and the way the camera captures and moves in fight sequences is a treat for the eyes.

Overall, ‘Thallumaala’ is a madly intense fun caper with loads of action, that is aimed at the youth audiences and it succeeded in giving them what they want, a continuous adrenaline-pumping ride!