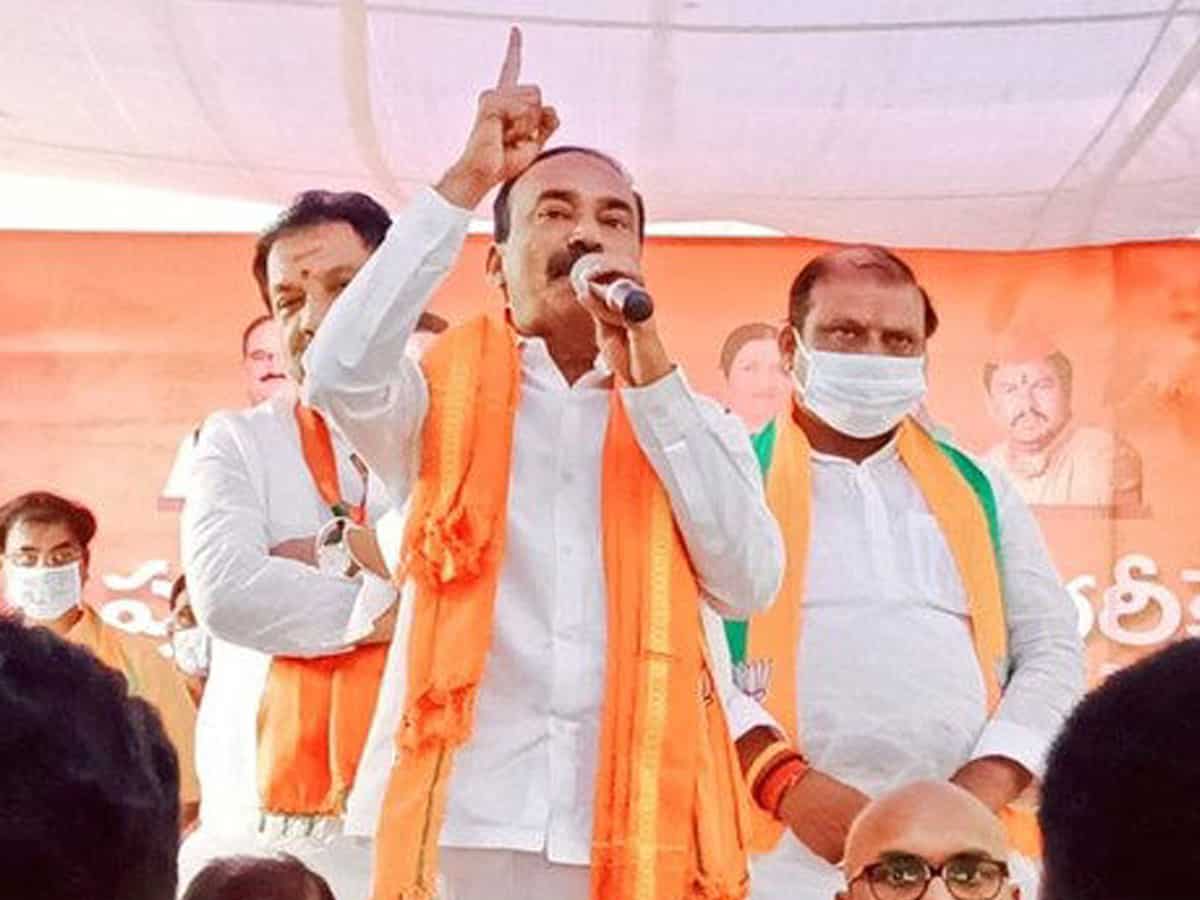 Is Telangana BJP going to get a new chief? The internal talk within the party suggests so and the name of the person who is likely to lead T-BJP is Huzurabad MLA Etela Rajender. In the first week of July, BJP will be holding its national working committee meeting in Hyderabad and even before this event, the national leadership is said to be thinking of replacing current chief Bandi Sanjay.

The highly placed sources say that the BJP leadership wants to strengthen the party in Telangana before 2023 Assembly polls and by appointing Etela, things may change. If that’s not the case, BJP leadership is said to be contemplating to include Etela in the national working committee and also utilize his services at the state level. Regarding the same BJP National Working President Amit Shah called on Etela and discussed many aspects regarding the T-BJP affairs.

Amit Shah is said to be hatching strategies to make BJP a strong force in both the Telugu states. Accordingly Andhra BJP leadership might also witness a change. Former union minister Daggubati Purandeshwari might take over AP-BJP reigns from Somu Veerraju.

Simultaneously BJP wants to lure all the upset leaders from the TRS. Leaders who were reportedly denied opportunities by both TRS and Congress, are the primary target of BJP. By assuring them a reasonable position and chances in the polls and party, BJP is aiming at those upset leaders.

Coming to Bandi Sanjay’s case, he did not live up to the expectations, is what the opinion of BJP. In fact, Bandi Sanjay has done more damage for the party with his controversial remarks and he could not counter KCR’s press meets effectively. In comparison with T-PCC chief Revanth, Bandi Sanjay is lagging behind.

The Karimnagar MP was limited to Hindutva comments and policy wise, he failed to expose the TRS government. There is also the criticism on Bandi Sanjay that he doesn’t encourage leaders of the T-BJP but takes credit for those who have won in their own personal capacity.

Taking all these aspects in view, the BJP is brainstorming on making Etala, the T-BJP chief thereby sidelining Bandi Sanjay.