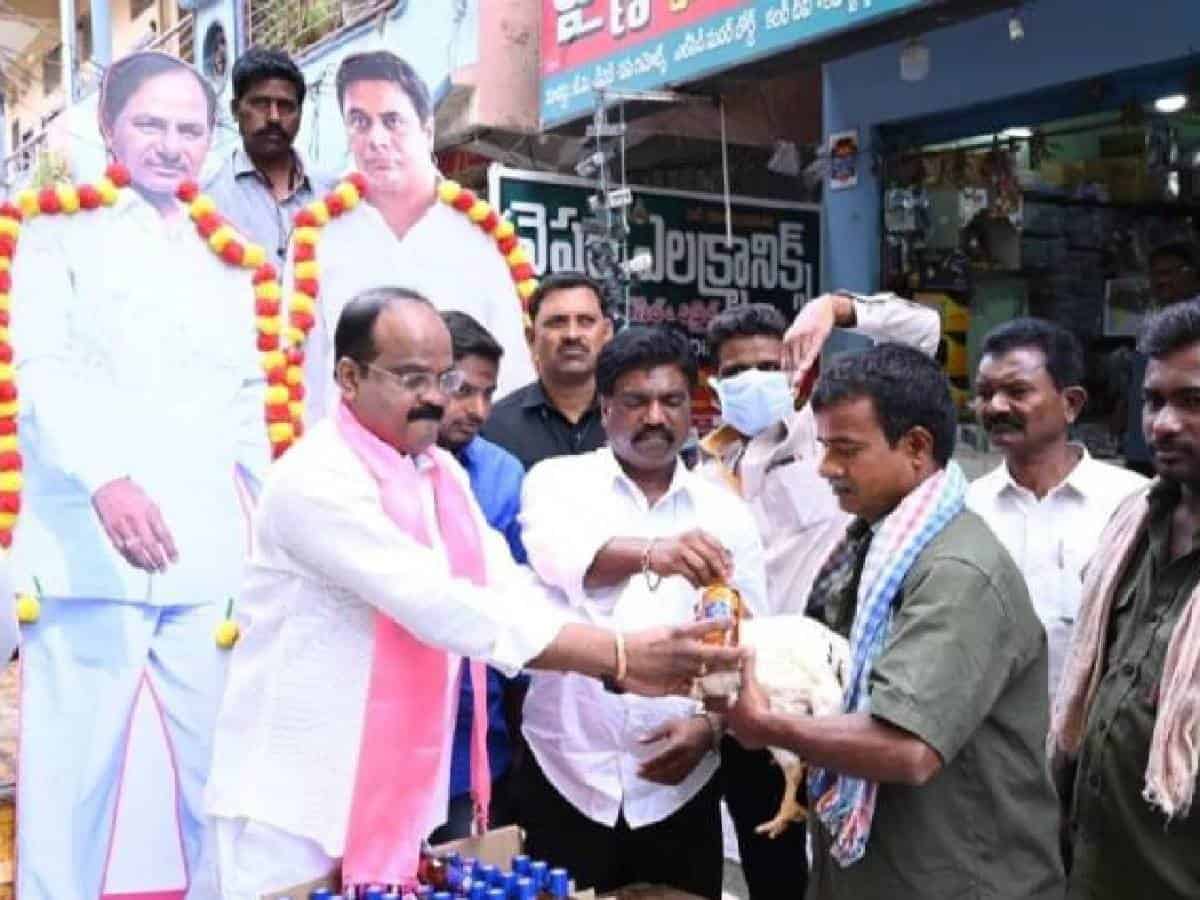 All eyes are on Telangana CM KCR as he is set to announce his new national political party on the occasion of Dussehra festival. There is a huge anticipation among the political circles, particularly among the TRS cadre and TRS leaders are hopeful that KCR will make an impact in national politics.

Ahead of the launch, a TRS leader has caught everyone’s attention as he has done something very unusual that went viral. Identified as Rajanala Srihari who hails from Warangal, he distributed live chicken and quarter liquor to people. On backdrop of KCR and KTR garlanded posters, Srihari distributed chicken and alcohol and these visuals stormed the internet.

Learning about this ‘Give Away’ people gathered in large numbers to collect chicken and liquor ahead of the biggest festival in Telangana state. But seeing this, netizens indulged in brutal trolling. Netizens trolled Srihar, KCR, KTR and TRS party mercilessly on the whole.