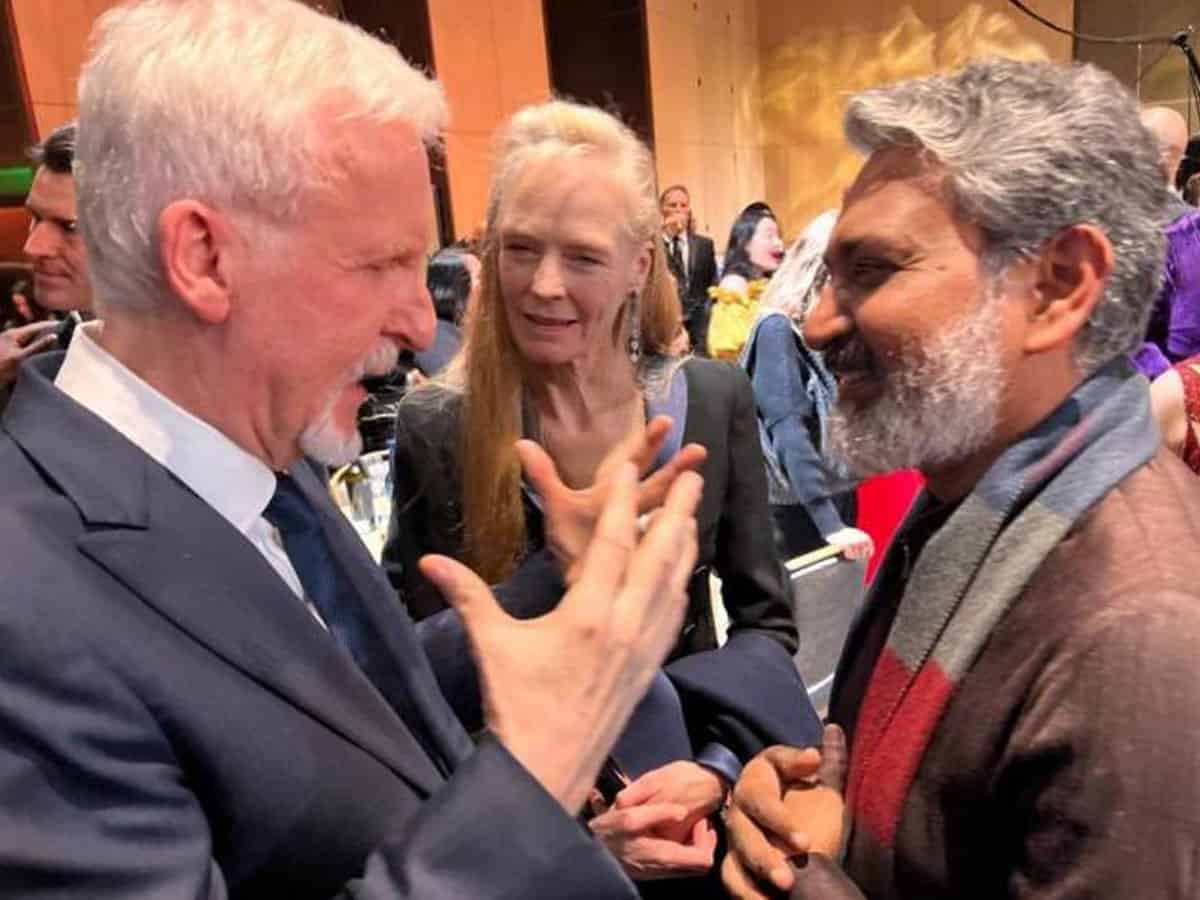 As ‘RRR’ is making its buzz at various film festivals, last week, we’ve seen a video where James Cameron himself praised ‘RRR’ and its music when Rajamouli met the Cameron couple. A longer version of that video has resurfaced again and surprisingly Cameron has spoken more than we can expect.

After Rajamouli had his fan moment with Cameron, Cameron went on to speak about how Jakkana has set up the sorry of fire & water and the revelation and said it was like all of them were a homely set-up.

Rajamouli went bonkers when Cameron was speaking and analysing the film right in front of him and his wife shared that he has actually seen it twice. And, Cameron actually asked how many the film was shot and also went on to talk about the music of the film after identifying Keeravani.

Although ‘RRR’ has generated a huge phenomenon, it might not bag much more awards at the other events & categories. But the following the film garnered on the international scale is one of a kind and Jakkana for sure has set up the Indian cinema on the international market.