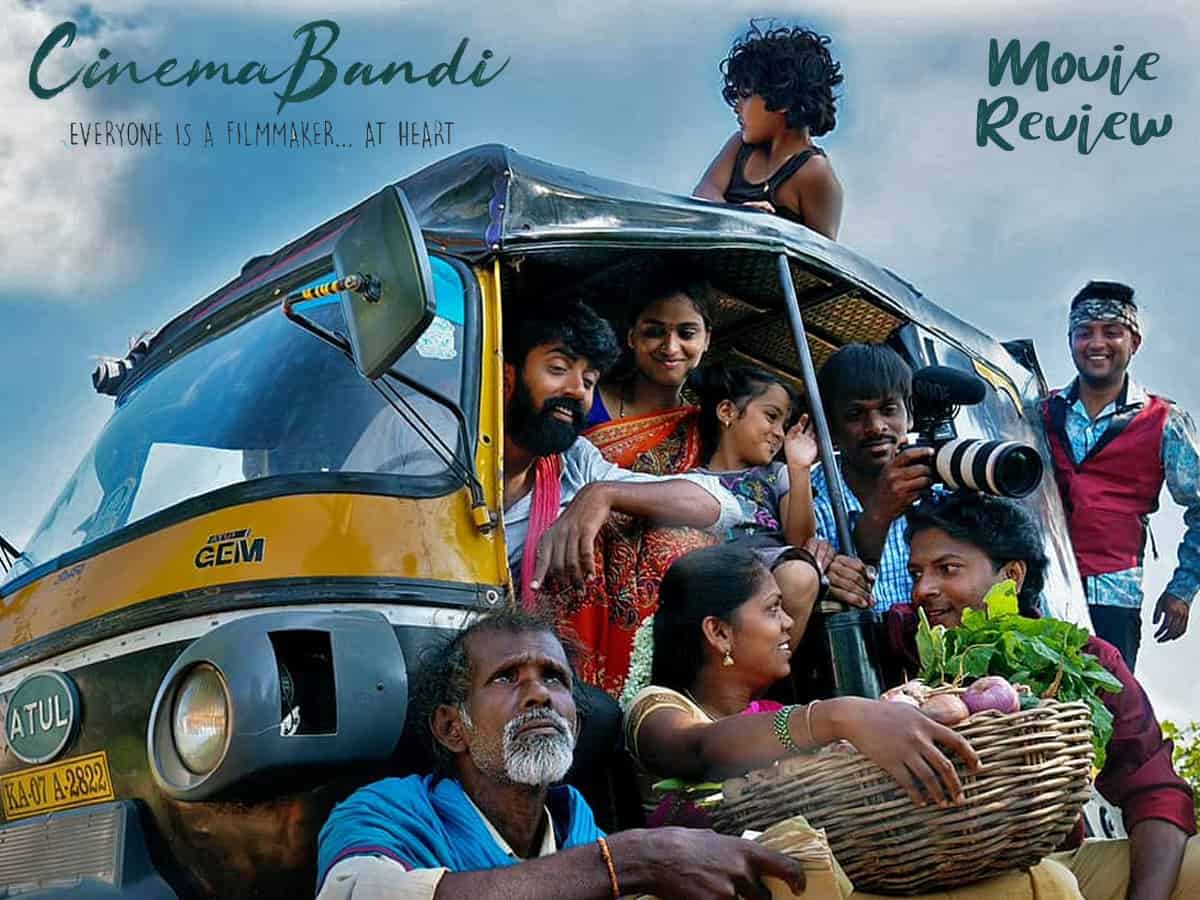 Telugu Cinema is still not out of the commercial spectrum despite changing times and the taste of the audience. There is still hope for commercial cinema to click at the box office, though. Ravi Teja’s Krack was a resounding blockbuster on every platform it was released. However, Telugu filmmakers are definitely trying to offer something new now and then. Films like Care of Kancharapalem, Mallesam and Middle Class Melodies have kept the hopes alive for indie filmmakers.

Cinema Bandi that is now streaming on Netflix is a fine indie film to join the impressive cinematic works of recent times. The film is about an auto driver who chances upon an expensive camera decides to make a small budget movie. He assembles a team that takes up ample space in the first hour to make a movie within their budget and their surroundings.

The story is set in a village on the Andhra – Karnataka border and the writer makes use of the local dialect to good effect in terms of creating humor. The film starts off as a farcical comedy, but it becomes endearing to watch when the auto driver and his team truly believes that they are making a blockbuster film. Auto driver not only dreams of making crores through the film but also thinks of developing his village with it.

Cinema Bandi’s plot may seem unrealistic but it is similar to that of Lagaan where eleven players who know nothing about cricket team up to beat an English team. Neither the auto driver nor his photographer friend knows a thing about filmmaking. They are not even aware of the costume continuity or shot division. But their passion unites the village where everyone stands as a pillar of support when needed.

Cinema Bandi does take the cliched route towards the end, but it never fails to put a smile on your face. There are some fine moments in the film, especially between the auto driver and his wife. She isn’t entirely happy with what her husband does, but she never gets in his way. When they run out of money she silently starts working as a daily wage labour at a field without even uttering a word to her husband. The painful look on his face says it all.

There are many laugh out loud moments in the film with all the principal star cast chipping in with credible performances. Vikas Vashista, Sandeep Varanasi and Rag Mayur stand out with their flawless show. Music is intertwined in the plot and doesn’t get in the way of proceedings despite a handful of songs. The film is made on a shoestring budget and doesn’t boast of visual appeal. However, it will keep you glued to your television screen and also keep you entertained throughout its hundred minute runtime.

Cinema Bandi isn’t devoid of some issues but it is worth watching nevertheless.