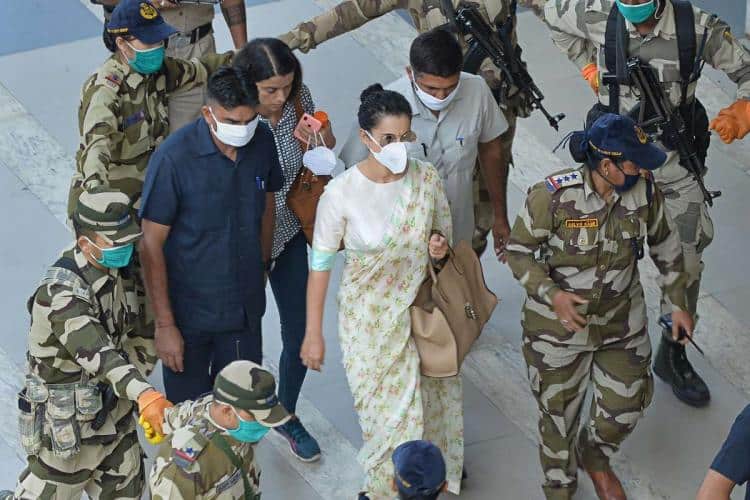 Last week the Centre granted ‘Y Plus’ category security to Bollywood actress Kangana Ranaut. This was made after Kangana’s father met Himachal CM and expressed his concern on her daughter’s security. We have seen the visuals at Manali and Mumbai airports, Kangana being guarded by the CRPF jawans.

But do you know how much money is being spent for Kangana’s security? Congress leader and Supreme Court advocate Brijesh Kalappa has disclosed and it is Rs 10 Lakh per month. Unlike in usual security cases, the respective public figures pay the government for their security and in the case of Kangana, she is not paying anything to the government and it’s all taxpayers money.

“Y category security for one person costs the Centre over 10,00,000/- each month. This money is borne by taxpayers. Now that Kangana is safe in HP (far away from POK), will Modi Sarkar kindly withdraw the security detail provided to her?!,” wrote Brijesh in his Twitter.

In her response, Kangana replied that “Brijesh ji security is not given based on what you or I think, IB (Intelligence Bureau) investigates the threat, based on the threat my security grade is decided, by the grace of God in coming days it might get totally removed or if IB report gets worse they might upgrade.”

Defending herself, Kangana further wrote, “That would be absolutely desirable, it’s empowering to personally witness Indian armed forces so closely in their full glory, it is also a constant reminder of danger/friction n evil intentions of others, it makes you tentative, unsure and fearful, these feelings r so alien to me.”

It’s difficult to convince Kangana with an argument and in the latest, she countered Brijesh’s points with valid statements.