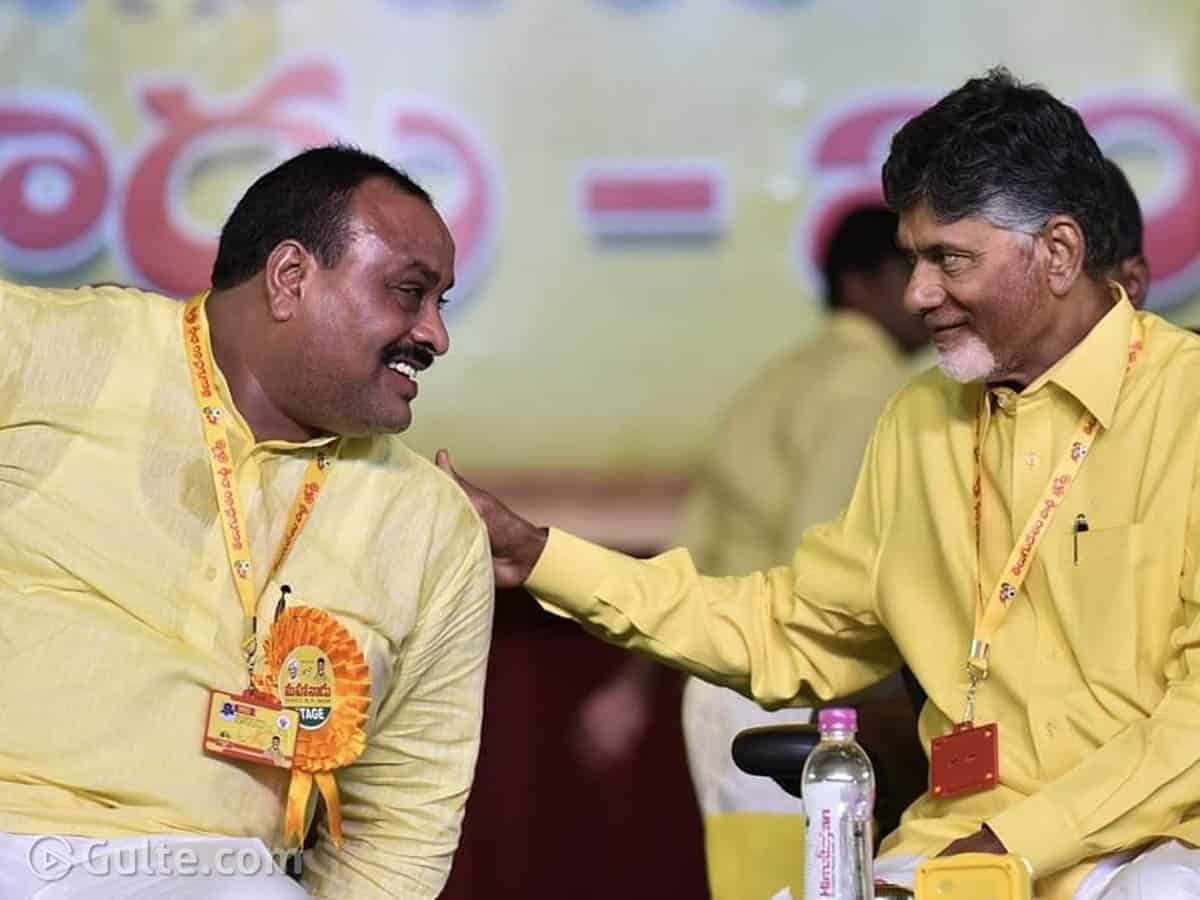 The Telugu Desam Party has been working on its reshuffle of leadership a while and finally the new president and committees were announced on Monday. There was a buzz that Tekkali MLA Atchannaidu would be made the TDP President and yes it has turned true.

TDP national president Chandrababu Naidu has announced Atchannaidu as the new TDP AP state president while L Ramana has been given the chance to lead the party in Telangana for the second time.

Along with it Naidu has also confirmed central committees comprising of 27 members and with 25 members, the politburo. Also this time women leaders were given high importance. Galla Aruna Kumari, Prathibha Bharati and Satya Prabha are made the National Vice Presidents along with Kotla Surya Prakash Reddy, CH Kasinath and MLA Nageswara Rao.