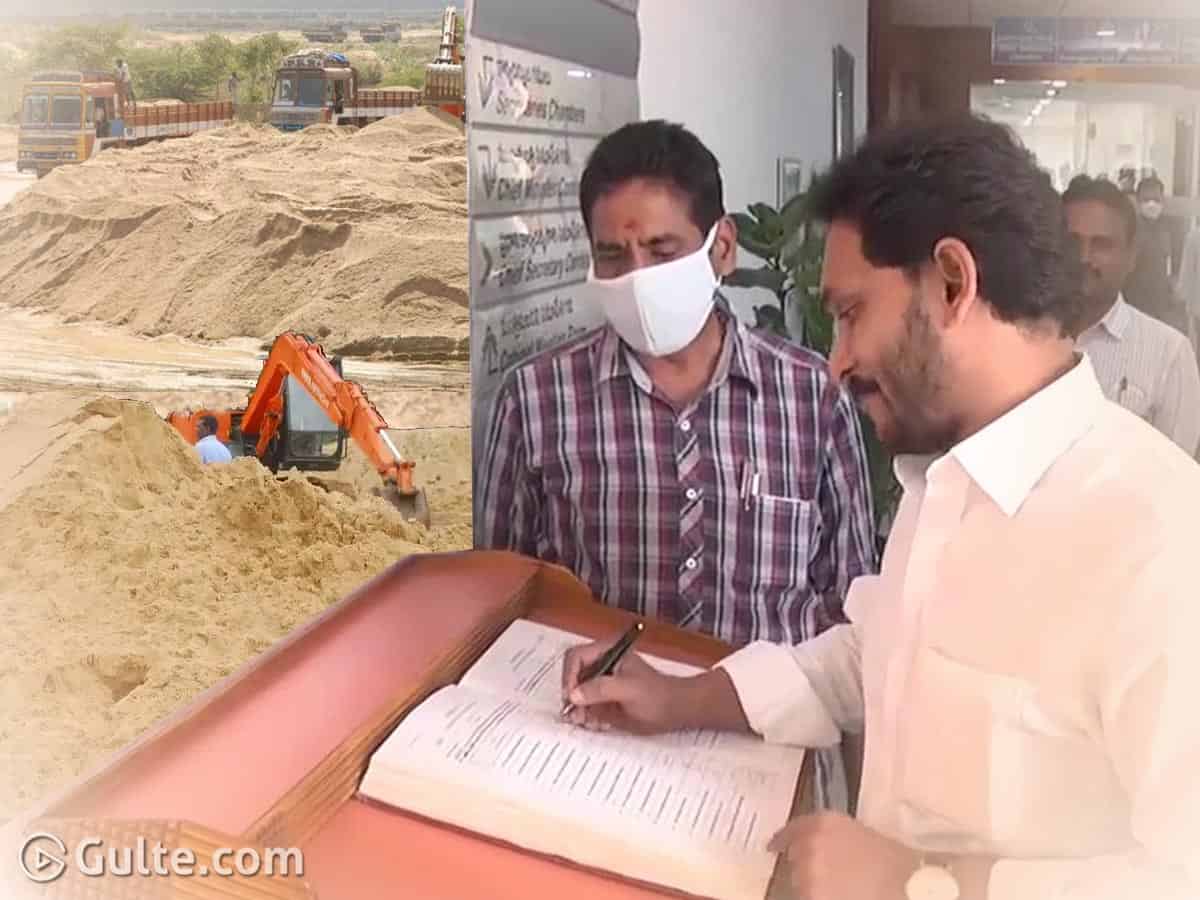 The cabinet headed by AP CM YS Jagan has approved the New Sand Policy in the state. Ahead of the next Assembly session which is planned to begin in the second week of November, the AP cabinet met today in Amaravati and discussed a number of key issues including the welfare schemes and the about-to-be-launched Jagananna Thodu. It is also buzzed that the cabinet would also discuss the local body election controversy, Disha Bill Act and Polavaram besides several key issues.

It can be noted that the Jagan-led state government had initially planned to hand over the Sand Reaches to the Central Public Sector Undertakings. However, it is said that the Central Public Sector Undertaking hasn’t come forward. With this, the Cabinet has approved to hand over the Sand Reaches to a private entity. It is expected that the process will be executed through an open tender.

Even, the state government had planned to constitute the Andhra Pradesh Sand Corporation to implement the sand policy effectively. However, after facing criticism from the Opposition and media, the government had appointed a Cabinet Sub-Committee to study the Sand Policy in the neighbouring states. The Sub Committee has recommended that the Sand Reaches be handed over to a reputed private firm and the process to be carried out through open tender.