The Ugly Trolls On Mandira Bedi Over Performing Last Rites 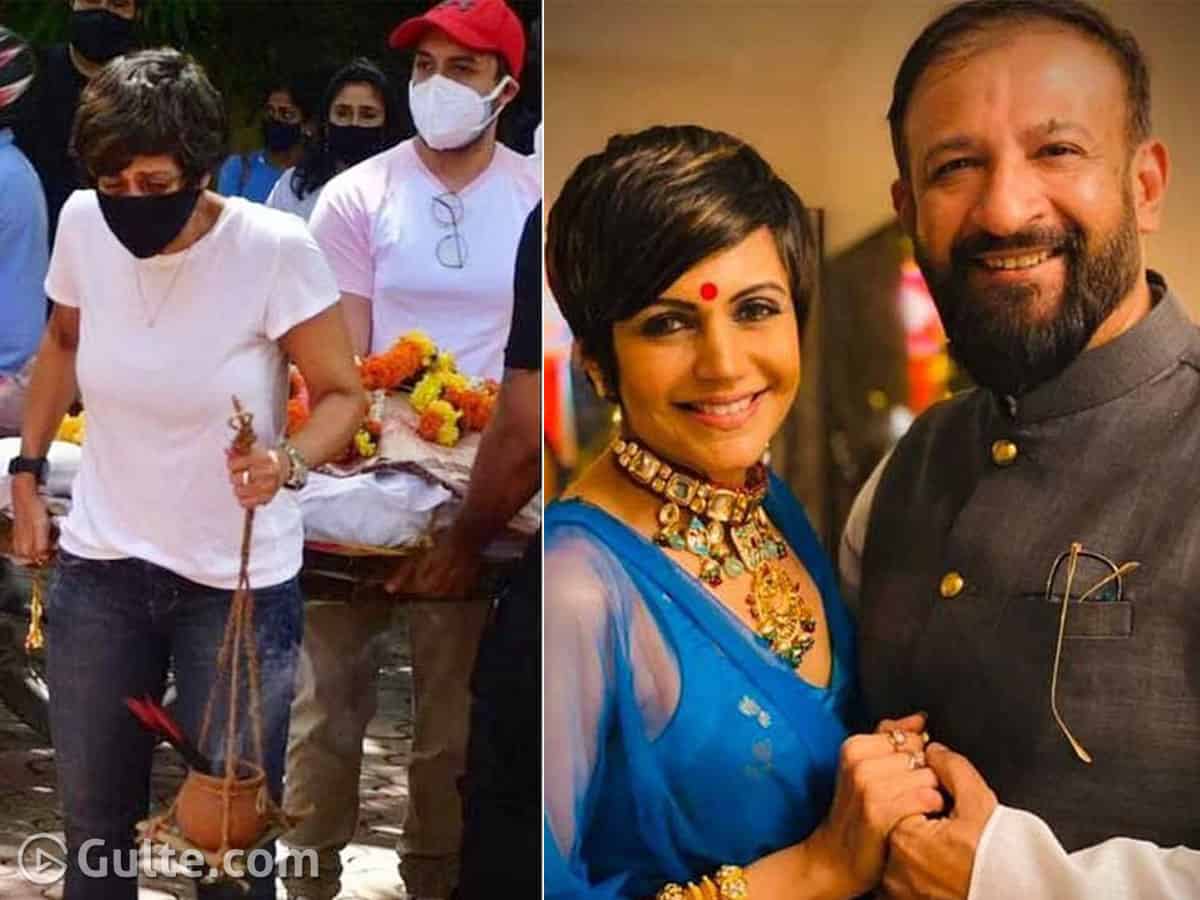 Actor and TV presenter, Mandira Bedi lost her husband a couple of days ago. Her emotional pain is unimaginable and she would certainly be feeling numb, shocked, and fearful. While losing a spouse can be devastating, there are absolutely no rules or right and wrong ways to mourn.

Between the intense emotions, the lifestyle changes, and the many practical considerations, Mandira Bedi, along with heartfelt condolences also had to face trolls and heavy censure for performing the last rites and for wearing jeans at her husband’s funeral. Such trivial matters became a fodder for some people to force the notions of society on a bereaved wife.

The objections in Mandira’s case are downright insensitive and people’s voices are tilted more towards curbing an individual’s choice and freedom, slapping the codes and the norms of the “Indian culture” nowadays. The culture and norms are drenched in patriarchy. It is a shame how the Indian society is still quick to jump on a bandwagon to blame women for everything.

The tradition of men lighting the funeral pyres is tied to notions of male authority. Such dominance gets support in the social spheres including family. Mandira Bedi, who was already clad in jeans at the time of her husband’s death, was expected to change her clothing. Asking a grieving wife to focus more on what to wear during the shock period is frivolous. People speak incessantly over the cultural and religious norms and practices, especially in their regressive forms.

But, we now have daughters and wives altering the tradition. Besides Mandira’s unintentional move, even late PM Atal Bihari Vajpayee’s foster daughter Namita Bhattacharya performed the last rites by lighting the pyre of her father as an empowering act for gender equality. A few months ago, the five daughters of Rajasthan’s Karulal Trivedi shouldering his bier to the cremation ground defied the old-age tradition.

What is the way Future of Patriarchy?

Though the modern law and constitution have curtailed the regressive features of the patriarchy to some extent, it is necessary to be done in this direction. It would take time as it is associated with our value system and convictions. Yet it would be difficult to totally abolish the system unless we replace it with another system of coordination in families. The debate about patriarchy has assumed undue proportion only because of its regressive features where women are subjected to various forms of exploitation. If we are able to control this aspect of patriarchy, the distinction between matriarchy and Patriarchy would disappear. In fact, patriarchy and Matriarchy both are passing through transitional phases. Irrespective of this, the state and government should continue to control the regressive features of patriarchy and matriarchy both to make them more egalitarian.