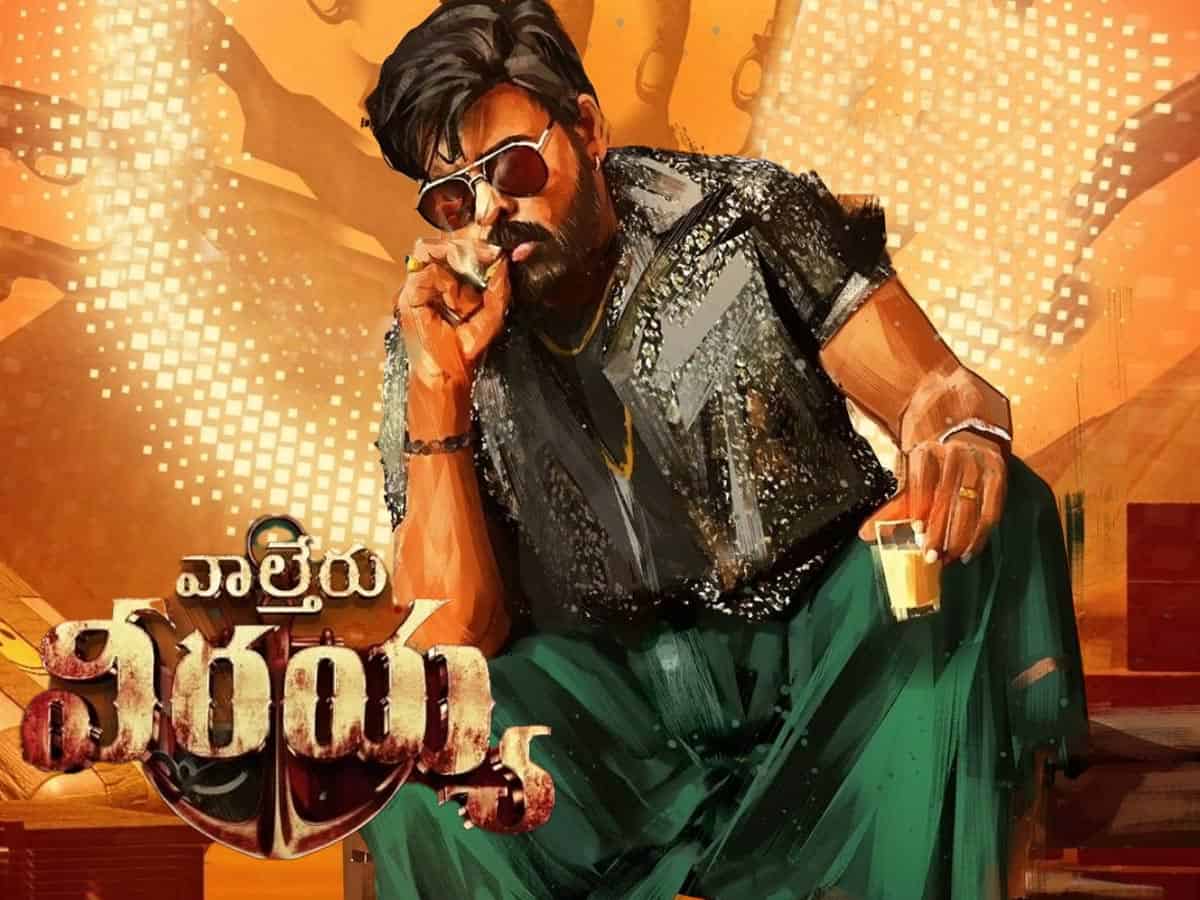 Megastar Chiranjeevi is back again with Waltair Veerayya after enjoying a success with his Godfather movie. Chiranjeevi joined the hands with Bobby Kolli for Waltair Veerayya, which also has Mass Maharaja Raviteja in it for a crucial role. The trailer appeared like a pure entertainer with all the commercial elements. Let us see what this film is up to.

Waltair Veerayya (Chiranjeevi) is hired by a policeman Seetapati (Rajendra Prasad) to catch an international smuggler Solomon Ceaser (Bobby Simha) who stays in Malaysia. Veerayya visits Malaysia, but his target is Michael (Prakash Raj). What is Veerayya’s story and what is it to do with ACP Vikram Sagar (Raviteja)? The answers to these questions form the rest of the story.

Chiranjeevi is at his usual best in Waltair Veerayya’s role. The dances and action scenes are fine. The comedy could have been more entertaining if written well. Chiru’s comedy timing is impeccable but it is not utilized to the fullest. Some of the vintage Chiru references like Jagadekaveerudu Athilokasundari song, Muthamestri steps, and others worked in parts.

Raviteja comes in the second half and his combination scenes with Chiru are just alright. With Megastar and Mass maharaja on screen, the scenes are expected to be explosive, but most of them are flat. Mainly, Raviteja’s energy and strong screen presence are missing.

Shruti Haasan is alright and again, she is mostly for songs. Bobby Simha is a fine actor but he is wasted. Prakash Raj did a ton of these roles earlier and there is nothing new here for him. Vennela Kishore, Catherine Tresa, Rajendra Prasad, and others did alright for their given characters. There are many others that filled the screen but had nothing else to do. Not many will remember that Sathyaraj also did a role in the movie.

Waltair Veerayya is just another routine revenge story from the commercial formula book. The background music is monotonous. Maybe the music directors also might have fallen into a formula of tunes with the same pattern of scenes in any so-called commercial film. The cinematography is good. Dialogues are ordinary, except for the few reference lines from the old films of the two actors. The Boss party song and also the Poonakaalu loading songs are good to watch.

Waltair Veerayya is a routine revenge drama in an old-school commercial setup. Though these are not the days of vintage formula movies, it might have achieved a brownie when the entertainment part works well enough. Surprisingly, the entertainment padding falls flat with weak writing and execution, even with two mass superstars in the film.

Waltair Veerayya has an ordinary first half which heavily depends on entertainment. The viral comedy dialogues of Chiru worked here and there, but everything else fails to engage. The interval block is decent with the engaging fight. With the story followed by the interval sequence, Waltair Veerayya suddenly reminds us of Chiru’s Jai Chiranjeeva. It has a similar revenge story except that Jai Chiranjeeva has got better songs and comedy.

The second half is shared by Raviteja and Chiranjeevi in equal parts. With Chiru and Raviteja on screen, it should be loading poonakaalu, but nothing of that sort happens. The confrontation scenes also ended up as ordinary scenes due to poor writing.

Continuing the viral comedy in the second half too, Chiru brings some laughs with the ‘Jambalakidi Jaarumithaya’ comedy. The usage of social media incidents as comedy in films has become common these days, but for a star like Chiru, the comedy could have been more original. There are many scenes in the second half that are overdone and farcical.

The pre-climax and climax also do not deviate from the routine style. The director’s failure in writing is clearly visible all over, particularly in comedy scenes and unemotional climax scenes.

Waltair Veerayya is yet another age-old story that completely failed to utilize the strengths and energy of Chiru and Raviteja. It is high time that our filmmakers give up on standard format subjects in the name of commercial formula. Overall, Waltair Veerayya has some comedy that worked, a few songs that look good and that is all, leaving it as an average fare.