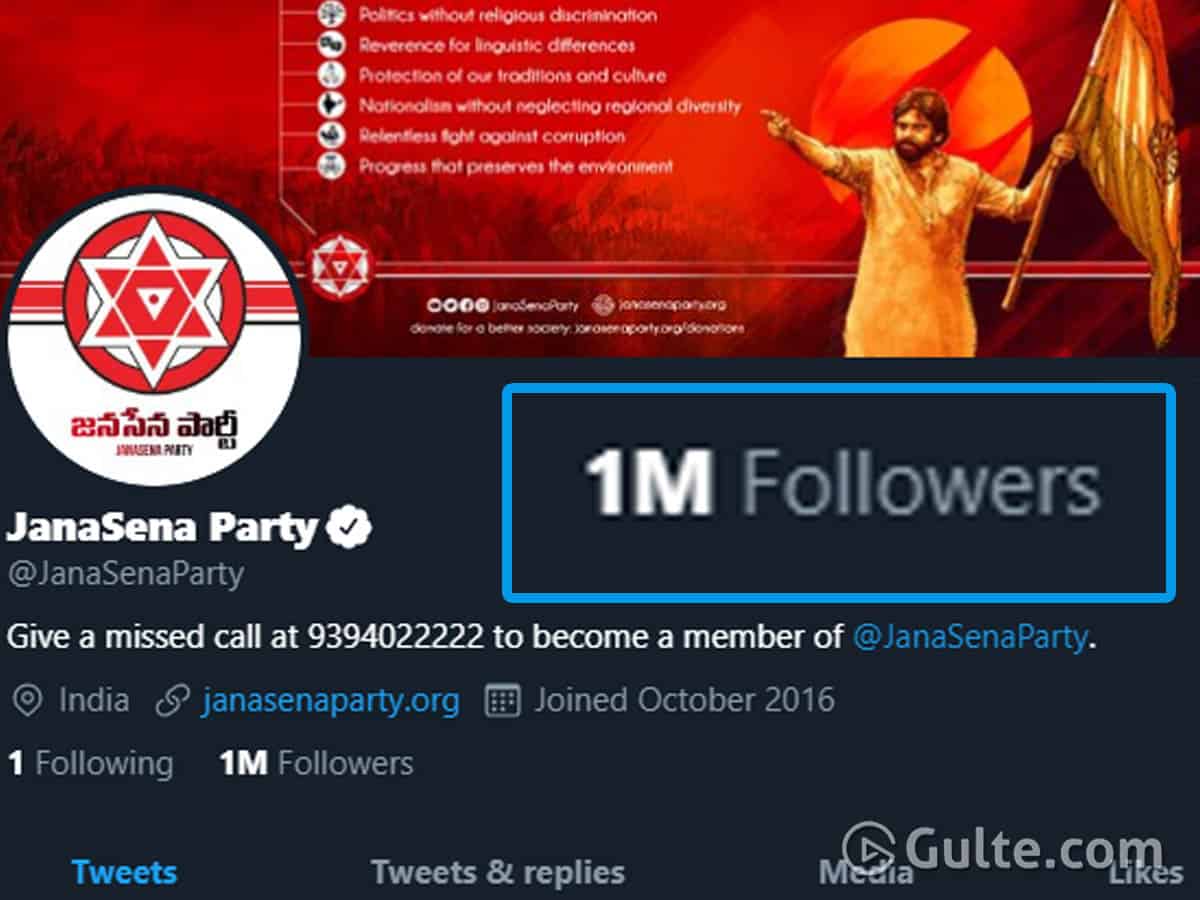 Taking every other political party in Telugu states by shock, Pawan Kalyan’s Janasena has set a record on Twitter by reaching 1 million followers. Though Janasena lost in 139 Assembly seats out of the contested 140 seats, the party has picked up its momentum over the last 6 months.

Pawan’s individual charisma where he enjoys 3.9 million Twitter followers and his posts on political issues seem to have helped Janasena Twitter account to cross 1 million mark. However, ruling YCP is just halfway through as it has 559K Twitter followers and TDP which claims to be active on social media is confined to 395.9K followers on Twitter.

TRS is above TDP but below YCP in the order. National political parties BJP and Congress are lagging behind on Twitter in Telugu states. However, many are also opining the authenticity of Twitter followers count as well.