Prof K Nageshwar: Why RBI Is Building Its Gold Reserves? 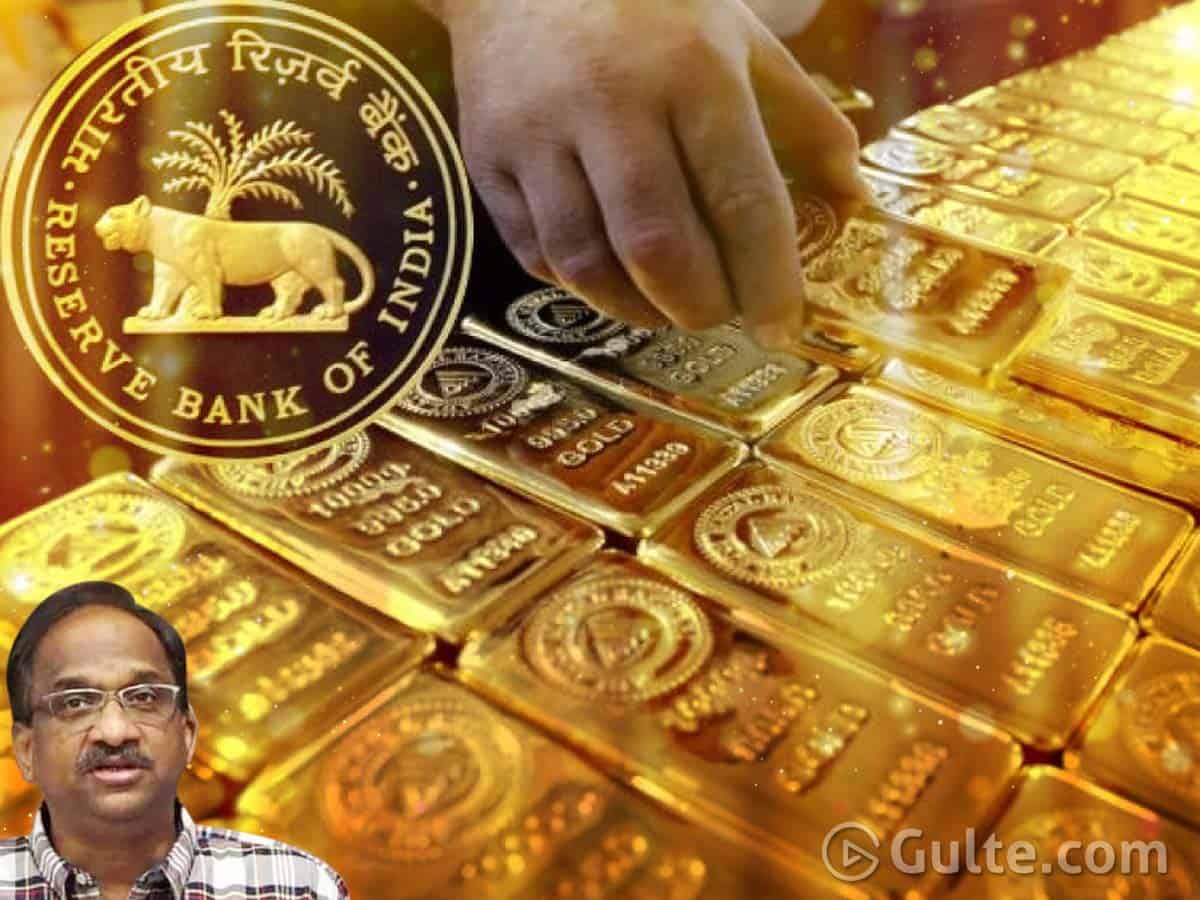 Not just Indians have a love for gold, even the Reserve Bank of India has a fascination for buying the yellow metal. Gold forms part of foreign exchange reserves. India’s gold reserves have climbed to over 695 tonnes in 2021. This is a sharp rise of 137 tonnes from 558 tonnes in 2018. India’s central bank has been piling up at least 40 tonnes of gold every year in the last three years.

India’s gold reserves were more or less stable between 2009 and 2017. India ranks tenth in the world in terms of the extent of gold reserves. Besides India, several other countries like Russia, Turkey, and Kazakhstan are also on a buying spree. Yet, India’s gold reserves are relatively less as compared to United States, China, France, Germany, and Switzerland.

Why India and other countries are buying gold so much? The first reason for this is the volatile value of the dollar in the international currency market. Though the dollar is still invincible given the economic and military might that backs it, the dollar continues to face stress in the global currency market. This is a result of a host of factors like a raging trade war between the United States and China, almost zero interest rates prevailing in the dollar’s home land, etc. The US Federal Reserve has been embarking upon quantitative easing to stimulate the economy. Thus, the increased quantity of dollars is in circulation as part of the stimulus package. This has impacted the value of the dollar.

Besides, there has been an unprecedented momentum in the value of gold. The price of the yellow metal has registered a 48 percent increase since September 2018. The RBI considers gold as a hedge against volatility in the dollar market. However, any undue reliance on gold can make India’s foreign exchange reserve vulnerable to price fluctuations. There are times when gold prices sharply fell shocking the investors in the precious metal.

The share of gold in India’s overall foreign exchange reserves rose from 5 percent in March 2017 to 7 percent now. Therefore, there is no cause for worry as RBI piles up its gold reserves. It is wrong to make any doomsday prediction on the dollar. The US currency continues to enjoy global supremacy despite occasional fluctuations in its value. However, diversification of foreign exchange reserves with reasonable reliance on gold is a prudent fiscal strategy adopted by the central bank.