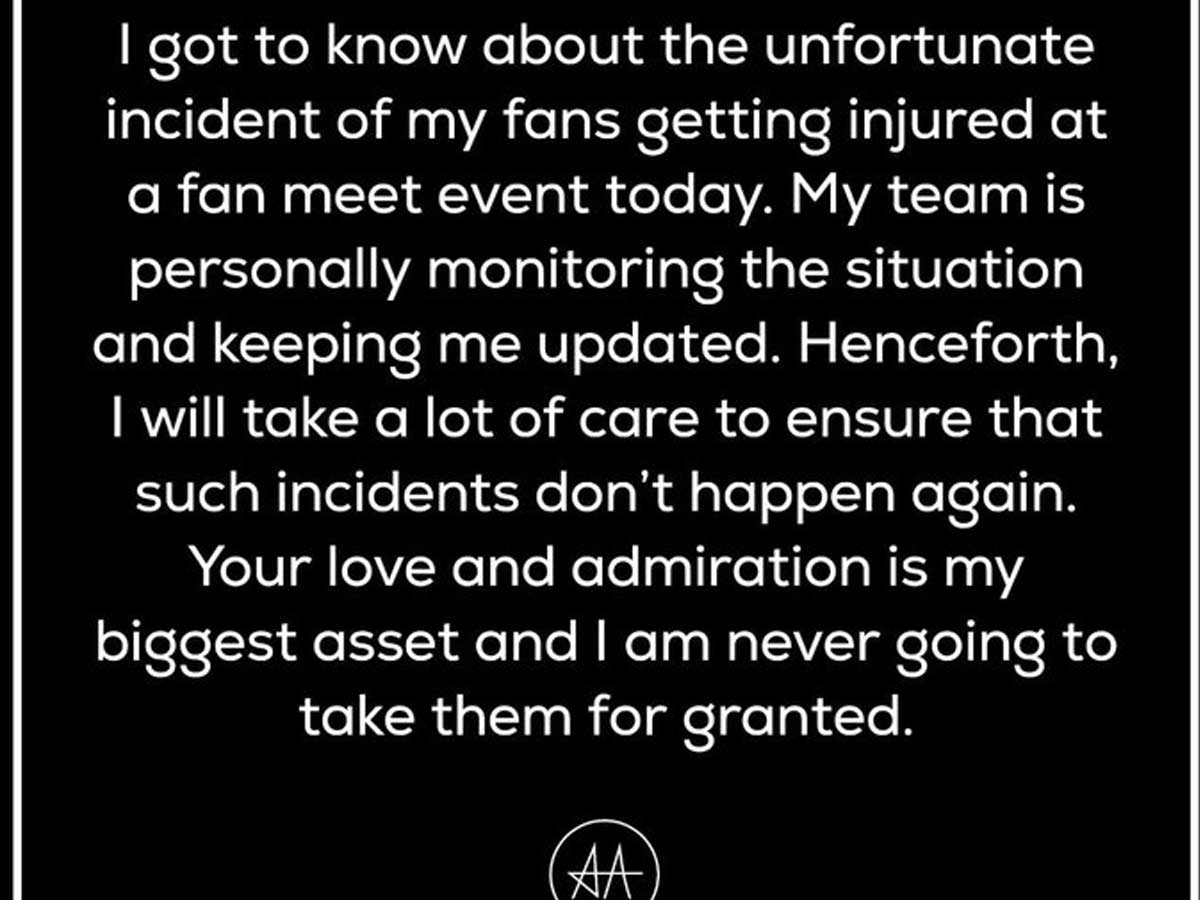 The Pushpa team is already in a dilemma over its North promotions. As the release date is nearing, it is vital for the makers to have successful promotions and things go as planned. But, yesterday, the fans’ meeting of Allu Arjun was a disaster.

The makers of Pushpa have planned a ‘fans-meet’ with Allu Arjun at Nagarjuna’s Convention Hall in Hyderabad. But, even before the actor reached the venue, fans created a ruckus and the majority of them were left injured and hurt.

And eventually, Allu Arjun had to cancel the meet and return back halfway. In addition, the actor was also chased by a few fans on his way home. Reportedly Allu Arjun got upset and furious by the unpleasant behaviour of his fans.

After reaching home, Allu Arjun also took to social media and penned an emotional note. The actor wrote, “I got to know about the unfortunate incident of my fans getting injured at a fan meet event today. My team is personally monitoring the situation and keeping me updated. Henceforth, I will take a lot of care to ensure that such incidents don’t happen again. Your love and admiration are my biggest asset and I am never going to take them for granted”.

Meanwhile, Jubilee Hills and Madhapur police booked cases against event management companies Mythri media and Shreyas media for causing inconvenience to the public by allowing more than 10,000 people to gather. Also, tension prevailed at N-Convention Center as fans protested the cancellation of a meeting of the actor.

Cops said the incident occurred when the organizers who allegedly got police permission for allowing only 200 persons had allowed a huge crowd at the venue. The irked fans started raising slogans and demanding that the organizers allow them inside. They tried to barge into the venue and in the process, the venue’s property was damaged.

Allu Arjun is heading to Chennai for the promotions of Pushpa today. It is said that the team will be flying to a few cities across India in the short time they are left with. Director Sukumar, Allu Arjun, Rashmika, and others will be interacting with the regional media.