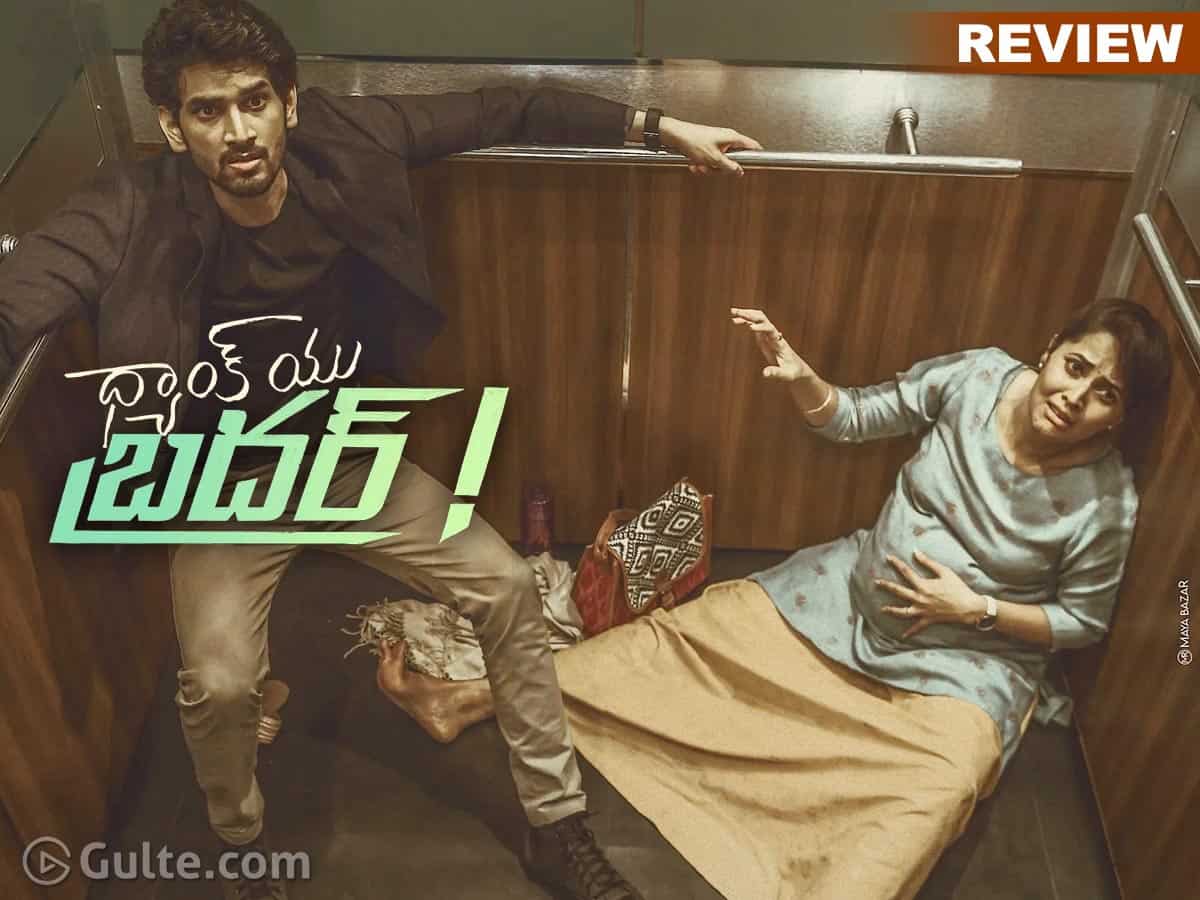 Anasuya Bharadwaj, who got noticed with her roles in Kshanam or Rangasthalam, has opted for a film (Thank You Brother) where the story revolves around her role. Check out to know whether the film is worth a watch or not on OTT in these Covid-19 times.

What Is It About?
Abhi (Viraj Ashwin) is a rich spoiled brat who has no respect for his own mother whereas he enjoys her money. He is forced to move out of the house given his wrong deeds. He decides to earn his living and wants to prove his mother and selfish friends wrong. Priya (Anasuya) is a widowed independent woman who lost her husband Surya (Adarsh) in a factory accident. Pregnant Priya is expecting her first child and is making ends meet through her embroidery skills. What happens when Abhi and Priya are stuck in the same lift that meets with an accident in an apartment complex? How Priya’s labour pains are dealt with by Abhi? And how the lift experience is gonna transform him and make him close to his estranged family?

Technicalities
Director Ramesh Raparthi has chosen a plot that has no strong conflict point. It has a hairline story that is lazily scripted. The underdeveloped script has no major scenes to care about. Direction is weak. Lacks suspense. Screenplay is flat. Cinematography and background music are fine. Limited cast and locations mar the experience of viewers.

Performances
Anasuya as Priya aptly fits for the role as a middle-class widowed pregnant woman. Viraj is okay as a spoiled brat. Annapurna is fine as Anasuya’s caring mother-in-law. Viva Harsha who plays a selfish friend fails to evoke laughs with routine and forced comedy. Archana Ananth (Abhi’s mother) and Anish Kuruvilla (Dr Prem and Abhi’s step-father) are alright. Director focuses mainly on two characters Priya and Abhi. Rest of the characters get least scope to perform.

Loosely inspired from 2019 Nigerian film Elevator Baby, Thank You Brother fails to deliver an engaging, enthralling ride to viewers. Although there is a scope to develop the story into a thriller, the makers chose to make it simple, straight and dull. The 90-minute-odd film is dominated by drama. Director Ramesh takes a chunk of screen-time in establishing the characters of Abhi and Priya and their backgrounds. The real story starts with the pre-interval block. And the second-half goes as predicted.

The internal transformation of Abhi is not addressed well. Also, there is an inconsistency in Abhi’s characterisation which is not shown in a justified manner. For instance, Abhi often gets into hook-ups, one-night stands and flings. And his love/relation with girlfriend Sameera is not justified. The pub sequence and cards getting rejected reminds us of umpteen films. The film is full of dated scenes and sequences. There are a handful of emotional scenes that work. But they aren’t the saving grace for Thank You Brother.